The Full Moon will light up the nighttime here in these darkest days of the year overnight Tuesday to Wednesday. This takes place in the Moon’s sign of rulership, Cancer.

Exact full phase is at 10:28 pm EST on Tuesday, Dec. 29 (Wednesday at 3:28 am GMT). This is the opposition of the Moon and the Sun with the Earth in between them. That’s the sensation of tension and anxiety associated with this phase of the lunar cycle, and also the excitement and possibility.

The Full Moon has a standoff or face-off quality to it. There’s a lot of that going on in society right now, practically everywhere you look. This was evidenced by people banning relatives from holiday gatherings, and a wide diversity of related controversies that would make you think that the Earth is located in at least two universes simultaneously, where entirely opposite things are true in each.

Logic and a Step-by-Step Approach

We are still early in the double transit of Jupiter and Saturn in Aquarius, where logic and the step-by-step approach to discerning what is true might carry a little more weight. We shall see about that. Aquarius has a detached quality, and that is what we need now: to remove ourselves one step from the emotive, survival-driven panic that is fast becoming a way of life.

This is not sustainable, though the place where it’s going to come home to roost is in one’s personal health and wellbeing. The body keeps the score. One can only be so healthy under simultaneous conditions of nonstop anxiety, adrenal exhaustion, emotional drain, carbon dioxide poisoning and re-breathing their own bacteria.

The real standoff of our times is that the truth is out, but is bogged in quicksand. It’s a perfectly good tractor stuck in the mud. Then someone brings another tractor to drag it out, and it too sinks. This is a dangerous situation because it implies that there is no reasoning our way out of our current crisis when that would seem to be the only way out. Yet the crisis is said to be scientific, which is supposed to be about reason and not superstition. This is why we expect magic to save us. It was magical thinking that got us here.

Speaking of Reason and Rationality: And Logos

The closest aspect made by the Full Moon is an exact square to the minor planet Logos. Located in the Kuiper Belt and discovered in 1997, Logos orbits the Sun in about 307 years and a few months. From Greek, logos means reason, and also idea and word, and choosing one’s words. Its meaning has been complicated by Christian theology.

Logos also means ground, which we might think of as the ground of reasoning. And that is the very thing that is soaked and crumbling right now under digital conditions. In theory, our whole society is built on reason, and at the moment it feels like our house is built on the side of a cliff that has eroded right up to the back door.

Logos is actually a binary with Zoe, so the point is properly stated (58534) Logos-Zoe. Zoe is another Greek word that means life. These two planets orbit a common point and are about the same size. We might consider here the extent to which our lives depend on our ability to reason.

The Injury to Reason and Wisdom

Chiron is making a series of oppositions to Logos, where we have a chance to see this issue as being central to our wellbeing. Not surprisingly, this began in June 2018, right when society was showing that it may be suffering from a terminal case of the inability to reason. This includes a total of eight oppositions (all part of the same thing) which is now at its peak.

Chiron can represent an injury, which means the process of healing. However, to know which is emphasized, it’s essential to test both awareness and disease progression. A healing crisis involving reasoning and wisdom is in progress, though at a certain point it’s necessary to determine: is this getting better, or worse? And: Does the patient want to get better? Generally, those who do not want to heal get their wish.

We are living in an extended moment of utter obsession with disease, sickness, infection, death, false cures and suppression of medical information. This is all at the expense of reason and wisdom. In other words, to have all this mania, and to be consuming all of these wholly inappropriate, destructive, self-destructive interventions, we must ignore the reasoning process — the basic logic — that would get us to the truth.

As A Course in Miracles reminds us many times, nothing can save you from what you want. Anyone who does not want the truth gets something else.

There are times when sacrifice is necessary, though we might think of it in its original meaning of to ‘make sacred.’

One last thought. The chart contains an interesting pattern, which is Vesta square the lunar nodes, and Venus conjunct the South Node. The nodes feel like karma. They might be, they might not be, though we might think of karma as a response, behavior or pattern that seems to defy explanation.

There are times when sacrifice is necessary, though we might think of it in its original meaning of ‘to make sacred.’ Instead, we sacrifice the best of what we have, not in honor of anyone or any greater good, but for its own sake. You might say, loss for the sake of loss.

Venus is on the South Node. What we are losing is the feminine principle. When you think of the patriarchy, think of the vaccine cartel. That is the form it’s currently taking. I’m wondering why we’re so blind to this, and so charmed by its sorcery.

Modern civilization stakes its future on a hell of a past. We can do better — we really can. If we want.

Curious about my audio readings? Listen to some prior ones from 2020 free on this player. Your 2021 reading is coming soon — find out more. 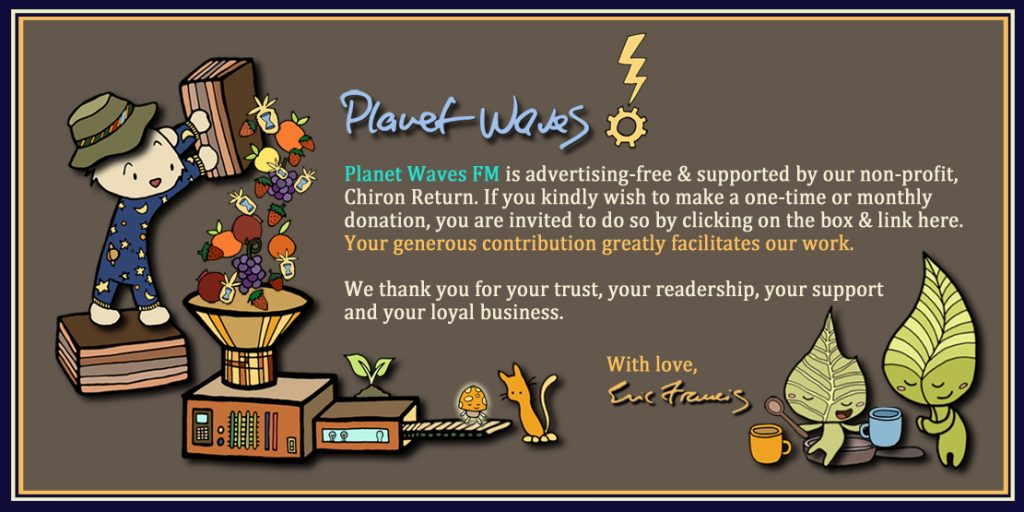 Chiron Return, our nonprofit arm, publishes Covid19 News every day, in fact several times a day. We have updated about 1,000 times since we began daily publishing on March 3. This old-style news weblog takes a panoramic view of the virus situation. We offer news and viewpoints from a wide diversity of sources, science news, international reporting, videos and other resources to help you see the wide diversity of information not making it onto television or major websites. We are tracking the vaccine and testing issues carefully.

Every week or so, I do a new edition of Planet Waves TV. Usually these focus an astrological topic or chart in detail. After initially being resistant to video, I now love doing these. The more people click on them the more I will do — and I am interested in your suggestions. The link to PlanetWaves.TV redirects to our YouTube channel for easy access. We also post to Facebook, to our front page, and include one with the weekly newsletter.

Going back to February, I’ve developed a portfolio of essays, investigative articles, videos and audio presentations on the Covid situation. These include articles about the astrology of the situation, hand sanitizer, holistic care, social critique and a wide diversity of other topics. We’ve recently added a selection of my satires, such as CDC guidance on blowing kisses. This is a truly comprehensive look at the issues, written from a worldly, nonpolitical standpoint. Here is the link 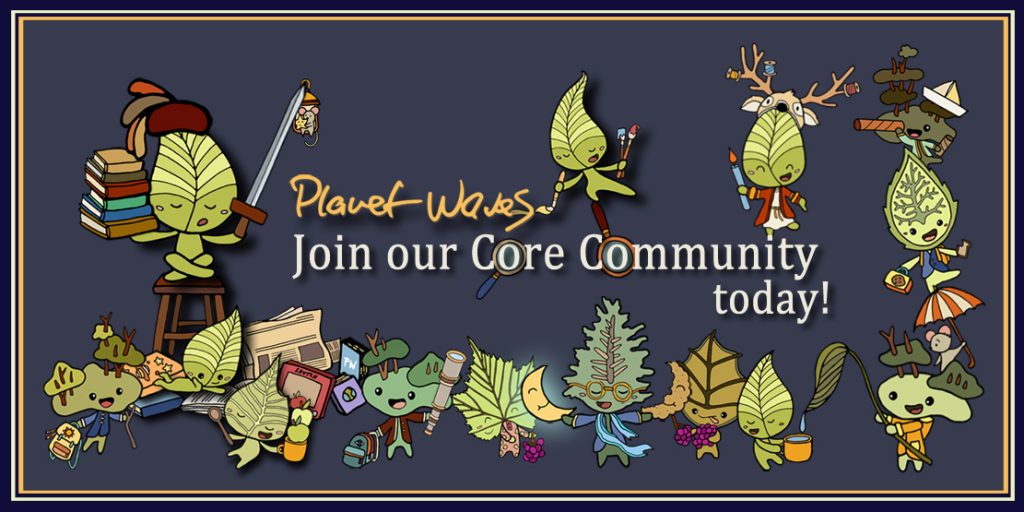 2 thoughts on “About That Standoff: The Cancer Full Moon”