We’ve gathered a collection of everything I’ve written related to the pandemic situation, more than 20 major articles in all starting in early March. These are presented in chronological order. I’m also the editor of Covid19 News on Planet Waves, and have written many commentaries there that are not included in this collection of essays.

I’ve also commented every week on Planet Waves FM, part of the Pacifica Radio Network. Some of my best work has been in radio format, usually at the beginning of each week’s program.

While we are questioning the dominant narrative that the government and media have been weaving around us, my position has remained consistent that the first thing you must do is take care of yourself. Government precautions of wash your hands, stay away from people and cover your face with a rag, are to me a sign of desperation. We can do a lot better, though you have to educate yourself, listen to your body, trust your body, and take the necessary steps.

Caring for your immune system — your only actual protection — is a lot more about what you don’t do rather than what you do.

Thank you to the many Planet Waves editors and contributors who have made this work possible, and to the readers who have sent in information ongoing. Thank you to our contributors, members, customers, my clients and major donors who have paid for all of this work, presented here free and without commercial interruption. 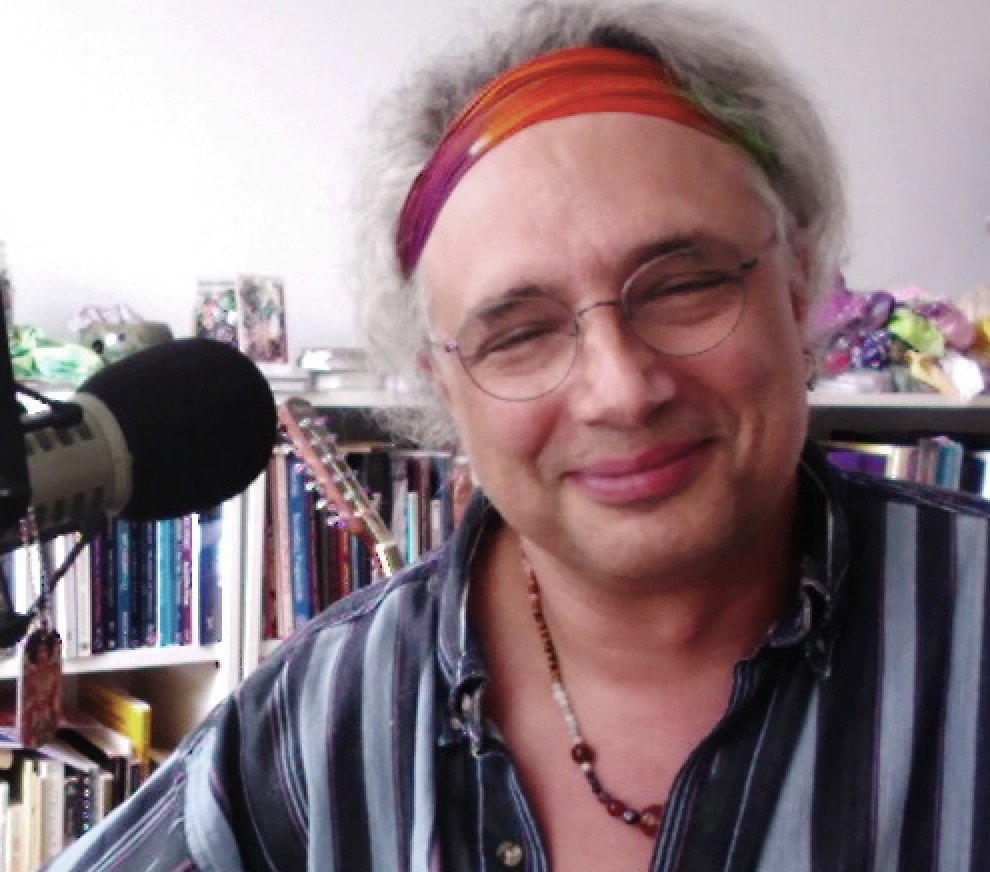 Eric Francis Coppolino has served as editor of Health Professions Report and New York Education Law Report. His coverage of mass poisoning incidents and legal issues related to PCBs and dioxins has been published by The New York Times, Sierra, The Village Voice, Woodstock Times, The Ecologist and The Las Vegas Sun.

He wrote his first published investigative article at age 19, about the resettlement of the contaminated Love Canal district in upstate New York. Eric is also an internationally renowned astrologer whose horoscopes have appeared in newspapers, magazines and websites across North America, the United Kingdom, Europe, Australia and Asia. Today he the editor of Planet Waves, and host of Planet Waves FM – Pacifica Radio Network.

My exciting debut into writing about the “novel coronavirus” was this article on hand on how sanitizers are not effective, and how in fact they backfire. Registered nurse Beth Bagner, of whom I am a longtime groupie, took microbio lab with a rad nursing professor named Dawn Holsapple. Every semester they did the same experiment — test the efficacy of household disinfectant and cleaning products, one of which was Purell. The results were not so pure.

Despite this week’s harrowing news about the spread of the “novel” coronavirus, and the dire projections of what is about to happen, and the stock market’s nearly 30% (so far) plunge from this year’s peak, I propose that this is a good time to look at the potential benefits of the situation.

This has all happened so fast. One astrological time marker is before and after Mercury retrograde, which was Feb. 16 through March 9. On either side of that three-week span are two different worlds. Two different continents of history.

I trust this letter finds you doing your best to take care of yourself. At this juncture, your first responsibility is to stay healthy, and then to keep the people around you healthy.

Suggestions for Keeping Things Together in a Crisis | March 23, 2020

Here are some thoughts I’ve gathered from having dealt with crises in the past, and having spent time considering plans with others.

We who write about the environment invest a lot of energy into convincing people to care, or trying to. It’s not easy, it rarely works, and it’s a good way to make enemies (and not such a good way to get writing gigs). That’s because our job is to describe invisible threats that would be extremely inconvenient and expensive to respond to, and which most people seem willing to live with. Solving the problems is a threat to our way of life.

Mars is in the process of changing signs. Today it’s in the last degree of Capricorn (a degree with a conspiratorial feeling, in case that vibe is in the air), and it ingresses Aquarius at 3:43 pm EDT on Monday.

Here is the long view. The United States has until Dec. 21 to get its act together, by which I mean decide what kind of society we want to be. That is the day of the Jupiter-Saturn conjunction in Aquarius.

It seems like only yesterday that we had the tipping point/turning point Aries New Moon, and like last week that I was looking forward to the Minor League Baseball season beginning.

Good evening. I trust this letter finds you well, or at least doing your best. I’m writing to you tonight with thoughts I’ve been gathering over the past month or so. This letter is really several articles in one. You might take them slowly, or select the section that speaks to your situation.

There are two patterns in the sky right now. The first is the Sun passing through the Pluto-Eris square. The second is the conjunction of Venus and Vesta, which is further described by Mercury conjunct Chiron. The first pattern is easier to size up than the second.

Today the Sun entered Taurus at 10:45 am EDT. It did so toward the end of the lunar cycle; the Taurus New Moon is Earth Day – Wednesday, April 22. I’ll come back to that in a moment and develop the story in Daily Planets over the next few days.

Tonight at 10:25 pm EST is the Taurus New Moon. This is a big day for Taurus Sun and rising people, and potentially a day of radical awakening for everyone. It’s available, if anyone is interested

I’ve been seeing and hearing the term “conspiracy theorist” flying around, and in tonight’s letter I want to offer a few thoughts about this. The term has been coming up in the context of those who question the consensus view of the virus and pandemic.

In early 2006, when I was living in Brussels, I attended my first event at the European Commission headquarters as a newly credentialed reporter. It was a symposium on a possible flu pandemic, potentially coming soon, that had press attention at the time. A bunch of public health experts were on the panel.

When Silent Spring was published in 1962, its impact and influence sprung from its beauty. The book, after causing a huge controversy, ultimately turned world opinion on the pesticide dichloro-diphenyl-trichloroethane, or DDT. Its chemical formula is C14H9Cl5, and as a double benzene ring molecule, it is similar to dioxin and PCBs.

Back in January, Donald Trump was not removed from office after committing what appeared to be high crimes — using his office to gain personal advantage in the 2020 election, and then trying to cover it up. This revealed the failure of our system to correct itself, a massive karmic blunder that everyone could see.