Astrology Notes for Thursday, March 19
Tonight at 11:49 pm EDT (3:49 am Friday UTC) the Sun enters Aries, marking the Aries equinox — the start of spring in the Northern hemisphere, and fall in the Southern.

As mentioned in this week’s Monday Morning edition, the changes of season this year are accompanied by some pretty profound astrology.

Here’s one instance. Right before the Sun enters Aries, it makes sextiles to Saturn in Capricorn and Vesta in Taurus — all three being in the final degree of their signs. Vesta and Saturn, each in their own way, signify discipline and devotion.

Saturn marked the boundary of the Solar System in the ancient world, right up to the discovery of Uranus in 1781. It has therefore come to represent form, structure, constraint (including of time) and (self-) control. Vesta, as the Roman Goddess of the hearth and the sacred flame, is all about devotion and willing service.

Both of these will be moving to air signs within the next few days. Among other things, our societies are forming a new relationship to patience and resilience. Many are being called on to sacrifice social engagements and other pleasures, and stay indoors, which calls for an abundance of both. It is now necessary to exercise maturity and good judgment, to make sensible choices.

Focus on doing what’s ethical, practice complete honesty, and remember to be kind.

One thing that’s really beautiful about the equinoxes — two days out of the entire year — is that the whole world has the same hours of day and night. For a moment, all over the planet, we are united.

A blessed equinox to you all.

If Your Birthday is Thursday, March 19 | The Day of Dogged Persistence

Remember that you succeed only by playing the long game: by persisting over the years, and by working with goals that might seem too distant to be possible. Yet you also know that if you take this approach, there is no limit to what you can accomplish, because it is the way of nature. The best examples of who you want to be and become are generally not in the human world. Look for your spirit in the trees, the oceans and the mountains. 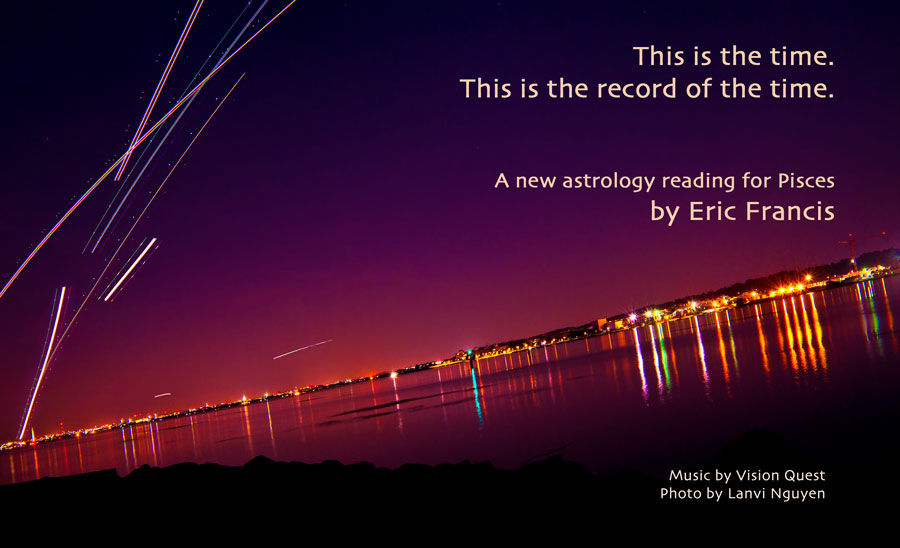 Almanac: The Moon is in Aquarius and enters Pisces on Saturday, March 21, at 8:33 am EDT.
The Sun enters Aries tonight at 11:49 pm EDT, marking the equinox (spring in the Northern hemisphere, fall in the Southern). On its way to doing so, it makes sextiles to Vesta in Taurus and Saturn in Capricorn, both in the final degree of their respective signs. This arrangement is known as a minor grand trine in astrology.