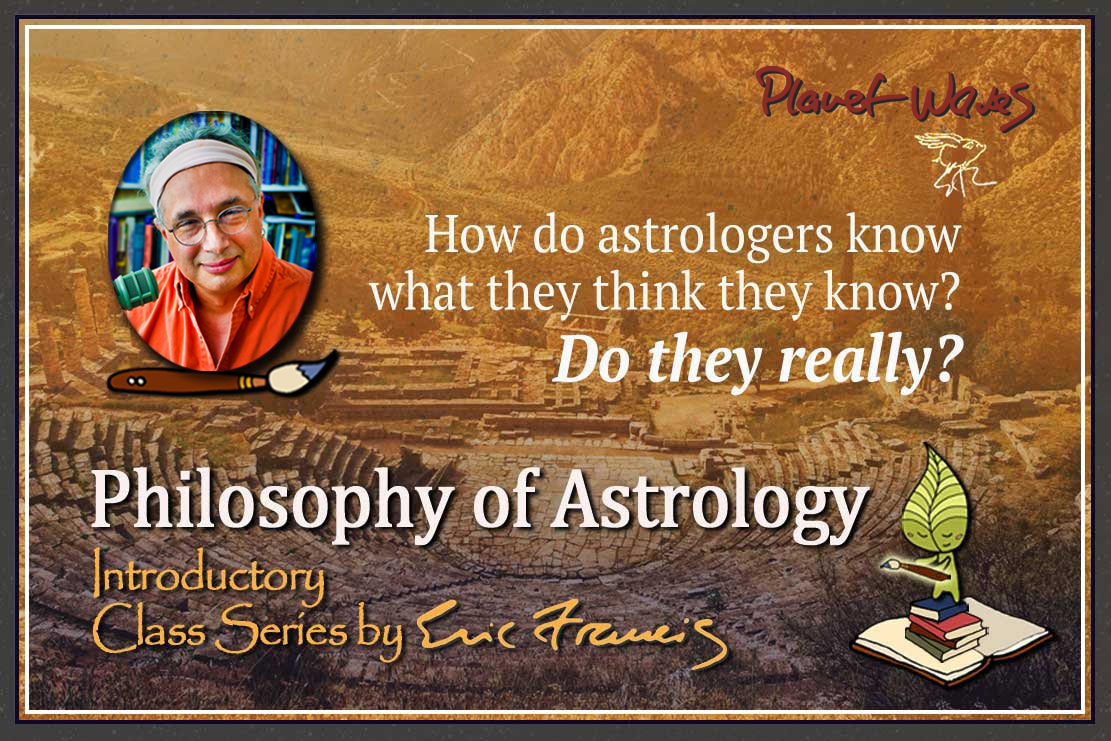 Philosophy of Astrology is being presented in both audio and video. Currently I am developing and posting a series of half-hour audio classes to get things started. I will soon wrap them up in the form of a video, or video class. There is also a video discussion on the Resources Area (linked below) that gets into the nature of astrology as a circular rather than linear language.

The idea of these discussions so to get underneath the need for content of the chart (Venus in Virgo) and consider what astrology is from the meta perspective. To that end, I offer this series of introductory audios. I reckon there will be about six or seven of them by the time I’m done at the end of April and we move onto reading your own natal chart.

The Astrology Chart as a Perspective and Overview: Looking Down at the Cosmos and the Cosmos of Life

Where Astrology Meets Science, Part One

Astrology as a Model of Time

This resource area includes a conversation with Andrew McLuhan, grandson of Marshall McLuhan, on The Meaning of Meaning (and astrology as a circular language). There is also a full-day workshop with Geoffrey Cornelius on horary astrology, and Eric’s interviews with the founders of Project Hindsight — Robert Hand talking about Medieval astrology, and Robert Schmidt talking about the origins of Greek astrology in the 4th century BCE. We will add more resources soon.