All Drugs, All the Time 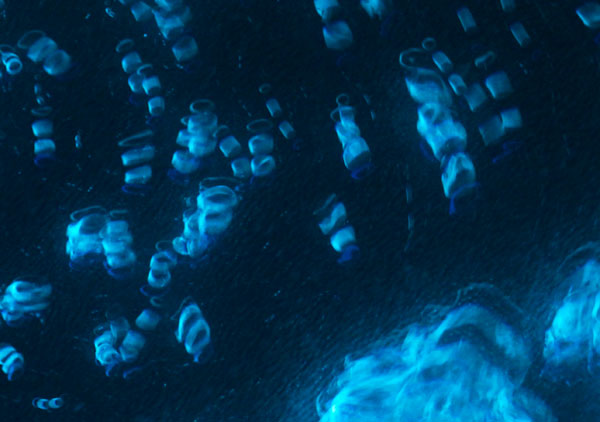 I watch too much television. I’m happy about that because TV used to suck. Now some of my favorite creative talents are on TV, in particular on Comedy Central (Danny Tosh among them), Current TV (I still love Keith) and MSNBC (Rachel Maddow remains on probation for promoting Gardasil when she absolutely should know better — I’ll come back to that). But this also means I get to watch a lot of television ads. I have the kind of mind that studies and observes everything I see, and I’ve become a reluctant student of advertising over the past few years.

END_OF_DOCUMENT_TOKEN_TO_BE_REPLACED

Neptune in Aquarius: A Review, Part One 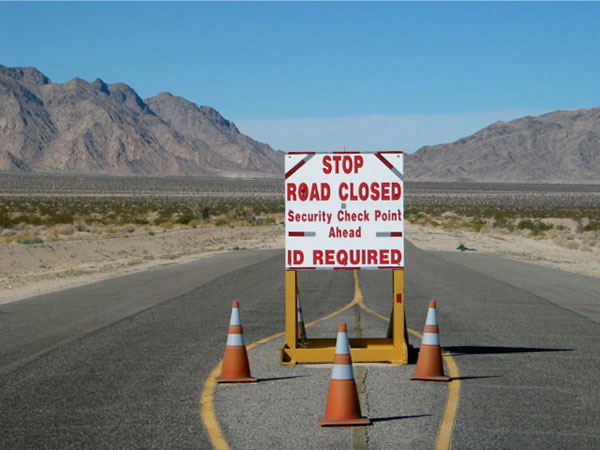 Security checkpoint seen Sunday at an intersection along CA Route 62 in the middle of the Mojave Desert. There was a time not so long ago -- before Neptune in Aquarius -- when this kind of bullshit did not exist. Do you feel safer than before you saw this picture? Photo by Kelly Cowan.

So, this is new: a “security checkpoint” in the middle of the Mojave Desert, just in case you have a suicide vest big enough to blow up that mountain. Or something. This week I’m going to be reviewing the befores and afters of Neptune in Aquarius, which ends after 14 years on Friday.

One thing about Neptune is that it has a way of blurring or completely transcending boundaries. That boundary might be the ego (inspiration comes in through the cracks) or it might be your house (a flood fills your basement). And as so often happens lately, it might be the difference between truth and lies. But I can tell you this: before the events of Neptune in Aquarius, which begin with a fake impeachment, a stolen election and a fake terrorist attack, you would not have a security checkpoint in the middle of the Mojave.

END_OF_DOCUMENT_TOKEN_TO_BE_REPLACED 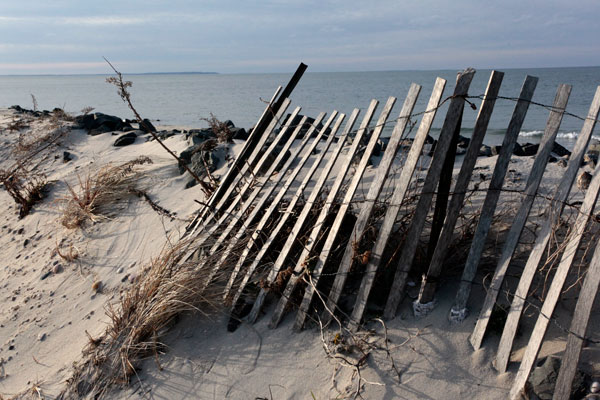 New Edition of Planet Waves: Year of the Water Dragon See below for details on this latest premium content from Eric Francis.

Did you know that the same company that has published Reality Check (your 2012 annual reading) also publishes a weekly astrology magazine called Planet Waves? In this week’s edition of Planet Waves, sent to subscribers last night, Eric Francis delves into the dovetail of the Chinese new year, which began Monday, with next week’s exit of Neptune from Aquarius to enter Pisces. This is a Water Dragon year, which brings some yin to a yang sign — and hopefully some good luck to our oceans. For that, it’s up to us to harness the energy available to us now. This week’s subscriber edition also includes your February monthly horoscopes for all 12 signs.

To read today’s subscriber issue as a single purchase, please use this link . For access to all of the Planet Waves weekly and monthly horoscopes, plus additional articles by Eric Francis, consider signing up for our weekly subscriber service for three months here, as you navigate these waters and create your own luck.

Steinbeck’s by the Sea 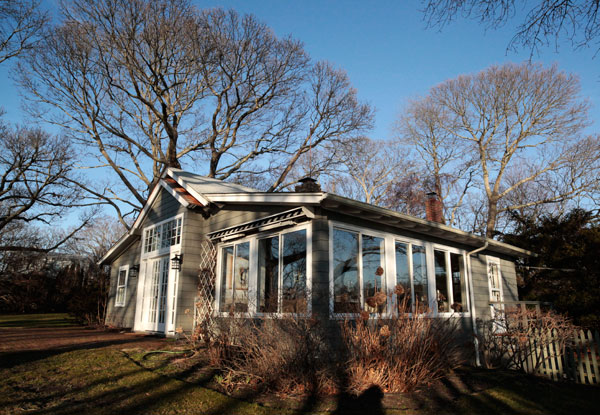 Summer home of John Steinbeck (1902-1968) and his wife Elaine Anderson Steinbeck (1914-2003). The modest house is in Sag Harbor, NY, in the town of East Hampton. The large tree closest to the house, on the other side of the building, is about two feet in front of the front door. Photo by Eric Francis.

While I’m out on the eastern tip of Long Island, I had a chance to visit John Steinbeck’s summer home and I reckon favorite place to live, at least on the East Coast. It’s a modest home on about an acre of land in Sag Harbor, a few miles outside of East Hampton. He lived there, and on the upper east side of Manhattan, in the last years of his life. This was the house he left from on his 10,000 mile journey that became the book Travels with Charley.

Steinbeck spent many years in Monterey, CA, right on the coast. His best friend was a marine biologist who would take him out on sampling expeditions to give him a break from writing, and several of his novels and nonfiction books have water themes.

When he moved to the East Coast it’s not surprising he ended up out here. His house is tucked away on a little peninsula surrounded by some coves and near Sag Harbor Bay, on the south fork near the end of Long Island. The place is a bit isolated from any activity but is near the neighbors. It has big windows to let in the Sun from a few different directions. It’s the perfect place if you have a lot of water in your chart (Sun Pisces, Moon Scorpio for water) and Leo rising (for sunshine).