As Mars stationed retrograde in Aquarius for the first time since 1971, and the Moon reached full phase in Capricorn, it was a banner week in American civic life.

Last week we were confronted with the horror of American immigration officials taking children from their parents — refugees seeking asylum in the United States — and putting them in cages. A nationwide outcry has allegedly put a stop to that, though children are still in cages and it’s not clear how the kids who were taken will be reunited with their families — and Trump’s executive order to stop the separations inherently causes other problems. Nobody is sure where they are or how the government is even keeping track of them.

Few people can think of a more horrid trauma than having their child seized; and for a kid, it’s beyond the scope of adult emotions to understand the pain, terror and loneliness they must feel.

Then this week, the Supreme Court got into action, upholding the Muslim ban (by a vote of 5 to 4, with Trump appointee Neil Gorsuch as the swing vote), and dealing a blow to labor unions. Then Associate Justice Anthony Kennedy, age 81, announced that he would retire at the end of the term, which will give Trump another appointment to the court.

That, however, is unlikely to move before the midterm elections, as Republicans have only a one-vote majority with Sen. John McCain unable to participate due to his illness. Still, Kennedy’s retirement comes at a troubling time, when there seems to be so little keeping the country stable.

It’s difficult to have a positive view of the future right now; it’s difficult not to be seriously afraid of the way the country is headed, unless one is deep in the Trump camp, impervious to chaos (or loves it), or is unaware of the notion of tyranny. I often think of James Madison’s comment on the topic: “The accumulation of all powers, legislative, executive, and judiciary, in the same hands, whether of one, a few, or many, and whether hereditary, self-appointed, or elective, may justly be pronounced the very definition of tyranny.”

Though things may seem calm most places, the state of the union is shaky. We don’t see it in civil unrest as much as we may feel it intuitively and emotionally. There is a grip of fear in the air. Many people are restless or medicated out of it, and there is an unwholesome aggression going around.

The president is still under investigation by federal prosecutors for collusion with a hostile foreign nation, there have been a dozen indictments or guilty pleas in that affair, and his former campaign manager is in federal custody, for alleged witness tampering on his prior indictments. And it just seems like Trump loves to smash things: alliances with our friends, NATO, civic customs, White House protocol, the law, people’s feelings — whatever.

With Independence Day coming up, this is the time of year I usually look into something called the Sibly chart: what data master Lois Rodden called USA 1, the primary chart for our country. The chart data, for 5:10 pm on July 4, 1776, has been passed back and forth across the Atlantic, and then through many hands, and down the generations, by astrologers. Its moment of proof finally came on Sept. 11, 2001, when Saturn and Pluto formed an opposition across the chart’s horizon.

The chart has very little to do with an author named Ebenezer Sibly, for whom it is named, and would be an entirely apocryphal document, except for the fact that it works. Different astrologers have different preferences for charts for the birth of the United States; this is one rare instance where I am in the mainstream.

(I have written about another chart called Scorpionic America, which also speaks to me; I’ll come back to that right before the midterm elections.)

The Sibly chart says that the United States had a vast fortune coming to it when it was born. Yet I consider the Sibly chart a representation of our “squandered inheritance.” We had so much, and for a while we did something with it; but now we seem to do nothing with all the good we are capable of.

You can see the inheritance as the streak of planets in Cancer going across the 8th house, which I consider to be all of the sign Cancer: points present are Venus, Jupiter, the Sun, Mercury, an odd point called the Vertix, and the Part of Fortune (the latter two being conjunct). The 8th, among other things, covers legacies and inheritances.

This grouping in Cancer has taken many transits during the past decade, as Pluto moving through Capricorn has opposed most of it, and Uranus in Aries has squared all of it, dozens of different ways over time. The Uranus-Pluto square of 2011 through 2015 or so (remember that bit of history?) was centered right on the United States Sun. So we have, in a real sense, gone through a revolution. But it’s been a reactionary uprising rather than a liberationist one.

What we are experiencing today is the intensification of the Pluto return of the United States. I covered that last in late 2016, and it’s time to refocus the subject as the midterm elections (and the exact Pluto return) approach. While the date of the first contact is Feb. 20, 2022 (a very interesting 2/20/2022 for numerology freaks, which comes out as 1), I believe we’ve been experiencing the effects of the return since Pluto first entered Capricorn in the summer of 2008.

A “return” is when a planet comes back to its position in the natal chart. The United States is about to turn 242, and Pluto’s orbit is 250 years. The United States started with Pluto at 27+ degrees of Capricorn, and Pluto is approaching that degree for the first time since the American Revolution. 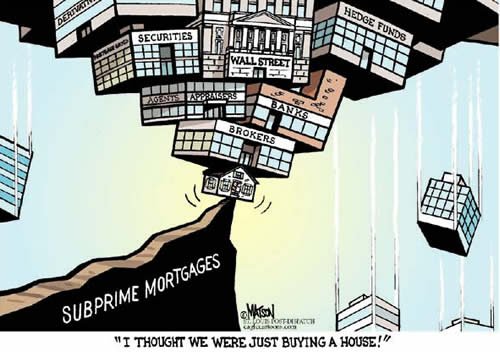 When a planet has that long of an orbit, it’s fair to consider that the return is the entire duration of the planet’s transit through the sign involved. The U.S. Pluto return began with the “subprime mortgage crisis” becoming the Great Recession. That came with a restructuring of the financial system, and trillions of dollars changing hands in a very short time.

Since Trump began his campaign, we have seen many strange things happen, all of them related to the collapse of the kind of structures that Capricorn tends to hold up, and which Pluto tends to knock down. It often feels like the rug is about to get ripped from under us.

Yet this may have little to do with the structures of society. Right now the universe as we know it is standing on ground, primarily intellectual, that has been hollowed out by the internet. The ground we stand on, as humans in a society, is not an economy or governmental structure, but some understanding of what is real.

And 20 years of internet, leading to a state of total absorption, have so disoriented people that we are having trouble with concepts such as past, present and future; the notions of documentation and proof; and any concept that there is some shared reality rather than many, many unrelated individual ones.

The problem seems to be an induced dysmorphia of existence, as if everyone is high on acid and nobody can agree which way is up, or that glass is solid and water is liquid. This is how Marshall McLuhan described the impact of computers in his 1968 book War and Peace in the Global Village. If you’ve ever been in a room full of people on LSD, you could never get them to agree on anything, and they would be easily terrified by things that do not exist. And people on acid have a difficult time telling what is a figment of their own minds from what is tangible and real.

That is approximately where we stand today. What to do about it is another matter, though it would help if we would understand the problem first.

I will have much more to say on Sunday’s Planet Waves FM, which will focus on the United States chart.