Today the Sun is right at the end of the sign Cancer. It’s one of my astrological traditions to publish the new monthly horoscope only after the Sun has entered the new sign; that happens Thursday evening in the States, overnight Thursday to Friday in Europe or Friday in Australia. 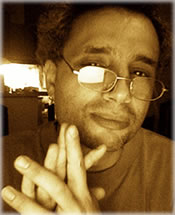 The Sun enters Leo in a sextile to Saturn, which is about to enter Libra as we speak. Saturn’s ingress into Libra commences another super-interesting, concentrated phase of Aries Point activity in the next few weeks, as it opposes Uranus (restructuring, surprises, integration of opposites), approaches a square to Pluto (turning point in the story), and is in opposition to Jupiter (two lifetimes in one). Note that Saturn will be in Libra through October 2012. Also in this concentrated phase of movement, covered in last week’s audio update, Chiron retrogrades back into Aquarius today, where it will linger in the last degrees, close to Neptune, until February 2011 (when it re-enters Pisces and stays until 2018-2019).

Now picture this: a lot of planets are changing signs, along with the Sun — which means that the Sun is in aspect to lots of other critters: to wit, Saturn, Chiron, Neptune, Uranus, and in a few days, Jupiter and Pluto as well. Normally I would be suggesting that the Sun is void of course being so late in a sign, but due to all these planets holding positions at the edge, the Sun is very much on track right now.

So — a busy week of planetary movement. I plan to keep myself occupied finishing the August monthly horoscope, Friday’s weekly horoscope and one article or another for Friday’s edition. I have two topics on the work bench. One is an article about how to choose a therapist. I’ve been wanting to write this for a long time. Another is about the square between Varuna and Eris, which we’re right in the middle of, and what this has to say about the BP oil spill. Let’s see what shakes out.

Be mindful of all the transitions this week: once again, many key planets are making moves all at once, which we will feel one way or another. You may notice yourself a little extra excited, edgy, nervous or that mix of eager and anxious that reminds you of transition and how much potential it has. The world may seem to be moving around you, but really it’s moving inside of us too.