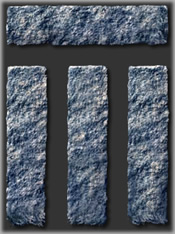 Tuesday morning, conveniently before work for anyone but the milkman in the Eastern and Pacific zones of the United States, is an event called Fire the Grid. It’s a kind of virtual worldwide meditation to heal the Earth. I’ve had quite a few requests to spread the word, and I’m sure one or two people are wondering about the chart.

Fire the Grid is timed to last one hour beginning Tuesday at 11:11 am GMT. That translates to 7:11 am Eastern Daylight Time and 4:11 am Pacific Daylight Time.

This is one of a series of seemingly unrelated events designed to shift global consciousness that has managed to get some significant attention, at least judging from the number of emails I’ve received. (Other recent ones include the Harmonic Concordance and Global Orgasm Day.) That fact alone is encouraging: attention + global consciousness is a healthy combination.

While I’m here to tell you about the project and for what it’s worth, endorse it, I’m cautious about doing so. My skepticism is not directed at whether such an action can have an effect. There is plenty of research (and personal experience among us) to suggest that prayer, meditation and thoughts have influence over the quality of energy of a moment, and the power to shift an outcome. That’s actually the very least of my concerns: world peace meditations are an excellent idea.

One of the most vital lessons of any spiritual work is that minds are not separate. So this is a way of putting that idea to work, of emphasizing the point and getting our psychic toes wet in a real-time experiment. In doing so, we may be creating an opening for energies or entities based “outside” the human realm, who presumably have a bigger picture than we do, to help us move the historical process along. (According to the creators of this event, non-physical entities are directly involved in its creation.) Of course, it’s always a good idea to know who your neighbors are before you let them redecorate your house, but it’s hard to argue with anyone or anything that supports stopping pollution, global warming and famine.

Even if we skip over the psychic or spiritual level per se, Fire the Grid passes the Gestalt sniff test — does this raise awareness? No doubt. The event’s homepage is a reasonably well-informed, compassionate appeal to take care of our Earth that is obviously getting lots of hits. Anything that gets people to pause for any time at all and pay any attention at all counts for raising awareness.

Maybe I have too much Capricorn in my chart, but what irritates me a little is that that, well, it seems too easy. We need to be meditating on the Earth — and making changes; taking action every day; making decisions; I dare say, struggling with the issues. The discussion of the Earth and the implications for our lives needs to be NOT taboo when we are out having a good time, or eating a plate full of critters scooped off the bottom of the ocean.

I think we need to find a way, and fast, not to mix raw sewage with potable drinking water. I strongly suggest you stop putting plastic in the microwave or drinking anything with aspartame (NutraSweet).

In Course in Miracles terms, this may be “my ego talking” — I can hear that little voice: You still think it needs to be difficult, you still believe in sacrifice, the point of the miracle is to save time and save work. You still think aspartame is neurotoxic and disrupts the endocrines.

Granted. The point is, we may be too lazy to get the job done any other way (but the way things are going, we’re going to be chopping wood and carrying water, literally, pretty soon). There are all kinds of people and all different levels of initiation and this seems (among other things) like an attempt to create a way in for people who feel they have no other way in. It also seems to be a group initiation — that is, a way to raise the specific awareness that humanity, as a group, is an entity, and we can do something with the power that grants us. So — let’s give it a try.

Here is a look at the chart. Since the time is stated in Greenwich Mean Time (GMT), I’ve cast the chart for Greenwich, England, the little town through which the prime meridian runs. Perhaps it’s worth mentioning that GMT was created to help keep train schedules synchronized in England. Before that, different regions used to have various versions of local time. Now we can use this to synchronize getting our minds together. This is part of a pattern that is developing of using the fruits of industry for peaceful purposes.

I’ll start with three interesting, salient facts about the chart and probably toss in a few extras at the end, and leave you to your Monday.

Interesting, Salient Fact Number One: Pluto is conjunct the Galactic Core, and this seems to be exact tomorrow. Pluto conjunct the core is the last hurrah, and the big threshold, and the transit we have not seen since Ben Franklin was putting out an astrology almanac, arriving at the end of our current Pluto in Sagittarius era that dates back to the mid-1990s. There are three exact passes; all of them occur in late 2006 or through 2007, and one of them is tomorrow. Pluto across the Galactic Core is an image of all that darkness we seem to drag along (karma, the fear of death, addiction to power dramas); it aligns this darkness with something on a vastly different scale located at the core of our galaxy.

Interesting, Salient Fact Number Two: The Moon and Venus are aligned in early Virgo. The Moon has entered Virgo about an hour ahead of this event. The Moon-Venus-Virgo combination emphasizes emotionally informed intelligence, awareness of a mental process, healing, some collective action (represented by the Moon, particularly near one of its own nodes), and something rooted in what you could call feminine or goddess consciousness. It puts the Moon right on the Leo-Virgo line, what I’m calling the Sphinx Point, that’s going to be seeing a lot of action with the Venus retrograde and Saturn entering Virgo (please see Friday’s edition).

Interesting, Salient Fact Number Three: Mercury, still slow and powerful, is located in an interesting degree. Using the Sabian symbol method (has everyone heard of these things?), it’s in the degree symbolized by this image: at a railroad crossing, a car is wrecked by a train. This is not everyone’s favorite degree, I know. I like it because when you look at the implications, you see the need to be cautious where the individual reality (the car) intersects with the collective reality (the train). This is the perfect image for (among other things) the oil crisis, and the many odd ways that individual volition needs to have an encounter with collective will as we go through this little transition point in cosmic history. Remember, don’t stop on the tracks.

A Few More Random Ones: Mars has just squared Chiron, one of those aspects that says, “get over your hang-ups in this lifetime, please.” Ceres is about to square Chiron, saying that the issues of the Earth and the environment have at least one root in feeling and require authentic sensitivity, and that awareness is usually raised by a crisis. Mars in Taurus is moving into position for a sextile with the Pallas-Uranus conjunction in Pisces, which feels like sparking the grid to me — one thing almost sure to come out of tomorrow’s meditation are IDEAS. It’s also all kinds of sexy, if you leave room for the mind to get wet, too (Pallas in Pisces).

More than I suggest you tell everyone your ideas, I suggest you pick one and develop it. Do some research, make some clicks in the Wikipidia, knead your cerebral cortex like the blob of whole-grain dough that it is, and get it as far as a third draft — then send it to people.

It has been said that if the wild winter winds of our communications systems could be used to carry tatters or fragments of a message of love, we would be speaking to those who have already begun to awaken. That would be you.