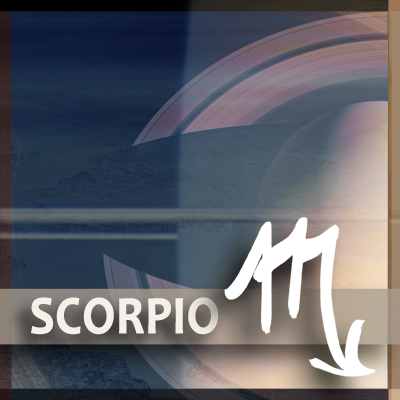 Scorpio (Oct. 23-Nov. 22) — You are on a special healing quest. Yes, you and the whole world, though your personal, individual life goes on — and you will discover the point of contact between who you are, and where and when you are. Here is the metaphysical key: discovering the precise intersection between yourself and the rest of the world. This is something individual for you, potentially a spiritual project you’ve been working on for a long time, which now through a diversity of circumstances is about to manifest in an especially tangible way.

You may have many things you would list on a “healing agenda,” which could include anything from physical ailments to your unusual relationship with self-esteem (which for you often manifests as the need to find the right livelihood). Yet despite your excellent image and brave face, a certain kind of insecurity often seems to vex you. Here’s my theory. You are driven to express yourself boldly; at the same time you have a deep fear of not being accepted by others. Yes, many people have a little of this, though you coexist with a rather impressive polarity.

A rare combination of factors is now allowing you to work with both sides of the equation simultaneously. Usually it’s one or the other, rather than getting the equation to balance. The way to do that is to push the limit on the individuality side. Assert yourself boldly, and unapologetically. Then when you feel any fear, uncertainty, guilt, or anxiety about being cast off, confront it just as boldly.

Study your response and tune into who is associated with the emotion you are wrestling. They usually hide in a group of some kind, which blurs their identity. But it’s right there. Feel what you’re feeling and ask directly: Who – Are – You? Then listen, feel and know.

(Oct. 23-Nov. 22) — Scorpio is an emotional, fiery water sign, usually represented by a creature of the desert — the scorpion. But it’s a desert creature that resembles lots of critters that live underwater, as if the ocean dried out and the scorpion stayed behind. 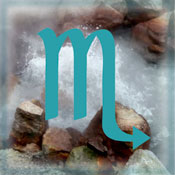 Note the contradictions: fiery water, ruled by a land creature. Of all the animals to have as your totem, the scorpion is by far the oddest of the lot, and we can be sure that the ancient masters of lore had a perverse sense of humor, or were keenly aware of human nature.

Scorpio is an odd hybrid, both a product — and an instigator — of evolution. In plain talk, that means growth. You tend to push the people around you. And you tend to feel pushed, both internally and by your circumstances.

Your sign is associated with sex, deep commitment and death, and that’s what you remind people of, even if it’s on a subtle level (it’s probably not). This has an influence on the people around you, all of whom think you’re ‘intense’. You probably detest that word, and likely think that you’re normal and they are missing something. Maybe you don’t have a fever; maybe their body temperature is 88 F.

Speaking of fevers, you need water, literally and figuratively; as emotional as this sign is, it can be mentally fixated (usually, on the psychology of others) and can appear to have trouble grounding in the realm of feelings. That’s a kind of illusion. You might cover your feelings, you might cover your vulnerability. But when you go deep, you really go. And when Scorpios get detached from the feeling realm, that’s when they can live up to their dangerous astrological reputation.

It’s vital that you not only think before you strike, but that you feel before you speak. Other people have feelings; you need to be reminded of this and spend time listening to the ones you care about. Express empathy as a conscious choice and invite people in with your famous capacity to keep a secret. This said, the passions of Scorpio are unparalleled, and people crave you as much as you crave them. Give them the space to desire you.

Your sign is the one that rules over the sexual organs, deservedly so; it is also the sign associated with death and transformation. You love the idea and the experience of surrender perhaps a shade more than you love control. It’s healthy for you to let go; pay attention and you will figure out that jealousy is your best teacher. Scorpio is a fixed sign, of the element water, traditionally ruled by Mars, and in modern times by the potent antiplanet Pluto. To understand yourself better, study both of these planets. These days most astrologers forget (or pretend) that Mars isn’t involved. It is — and if you’re curious about astrology, start there.