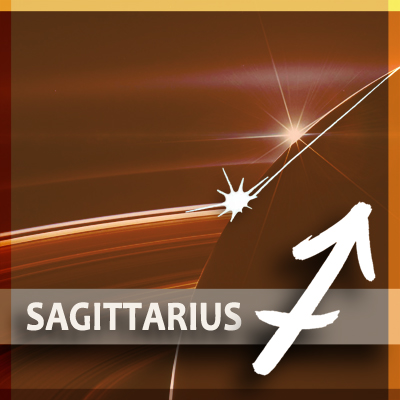 Sagittarius (Nov. 22-Dec. 22) — There’s an irrational fear of controversy going around — and plenty that is in fact controversial that’s being treated like it either does not exist, or as if it’s just your average day in the city. You must monitor your fear of controversy, or it will shackle your creativity and your social freedom. I know that with Cancel Culture as the ultimate revenge, the mob is always ready to defrock someone else of their personhood. Just remember you’re a Sagittarius, and they can all go buzz off. The best course of action for you is to exercise your integrity. That will inevitably mean going against the grain of public opinion. You are not entirely suited for the overpowering groupthink of the digital age, though you can fall for it. And when you wake up to that you can handle yourself well. You don’t need to be defensive in any way. Your sense of humor is something to keep close to you at all times. Society is in a dire situation right now: not only can it not take a joke; hardly anyone knows what one is anymore. That you can say nearly anything at all and some or even many people will believe it, no matter how outrageous, reveals a disturbing lack of discernment. This is contributing to the herd mentality we are living with. The great trend in the astrology is toward ramping up the cult mentality radically, or potentially, for some, revealing the situation for what it is. You will know you’re witnessing it rather than participating because you’re in a mild to acute state of shock almost all the time. You will see things every day that make your head spin. You might want to scream. This is too much energy for most people, though the cost of conformity is much higher.

(Nov. 22-Dec. 22) — At the gates of our galaxy stands a centaur (the constellation Centaurus), whose name is Chiron. This is an ancient symbol, half-horse, half-man (or woman), whose time has come. 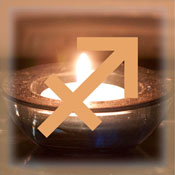 It’s a comment about the state of humanity — not sure if it’s a person or an ‘animal’ and not sure how we feel about the animal aspect. Chiron’s features include being a maverick and helpful though in a way that’s sometimes inconvenient but works. Some astrologers associate a planet by this name (discovered orbiting our Sun in 1977) with your sign.

Yours is the sign of the quest, the far-away and far-out, and success based on an odd chance. You are the master of “leap before you look,” never quite thinking about what you do before you do it.

But you don’t change this policy because you get lucky often enough, and your impetuous attitude gets you far better results than the people who sit around hesitating all day. As one Sagittarius recently said to me, she tries to jump across the river without stepping on the individual stones. She added, “I’m in the river, but I caught a fish.”

The ancients were brilliant, for aligning your sign with the Galactic Center — that is, the core of the Milky Way, our home galaxy — because you have an affinity for everything that’s exotic, remote, interesting and lavish. You will go places just to go there, meet people just to meet them, and you find children to be your peers far more than adults.

You possess within your soul the library of the zodiac, which is to say you love knowledge and philosophy and probably have a Twitter feed that’s actually interesting to follow. Yet your reputation for being a freewheeling devil-be-damned type is entirely true until we get to your rock-solid values, which can be traditional, cautious and even conservative.

You’re as private as you like to be well-known. When you help others, you might want to move on quickly so that you don’t get involved; having your space is crucial to you. You live with these various tensions a little like Chiron is made of his human and animal parts.

As unusual, energetic and optimistic as you are, it’s good for you to understand that you have limits. If you try to be a perfectionist, you won’t get anything done, but you also need to remember what you’ve learned about technique (there is a trick to everything), and how important those petty details can be.

Remember that someone isn’t necessarily crowding your space by trying to be close to you, but it’s helpful if you’re honest that you live on your own terms. You’re compelling enough that those who care about you will go along. Yours is a fire sign and is described as mutable because it’s right before a season changes. It’s ruled in traditional astrology by the fat, happy planet Jupiter — the one with 66 confirmed moons.

Study both Jupiter and Chiron to learn more about yourself and for additional guidance about the spiritual quest that is your life.