News About 2012 Annual Edition — and Your Monthly Horoscope

Last Days of 2011: Watch What You Say and What You Drink

As 2011 turns over into the fabled 2012, we get a couple of common-sense cautionary notes from the astrology. The Sun makes a conjunction to Pluto on Thursday, something that happens just once a year. An aspect that focuses the will into a laser, this is astrology advising using your creative power carefully. Actions speak a lot louder than words, and focusing your mind before you take action will go a long way toward ensuring the right outcome. Meanwhile, Mercury is making a conjunction to a potent minor planet called Pholus, which has two notable effects: it can cause a release that’s difficult or impossible to contain; and it warns against misjudgments when the mind is impaired by any intoxicant, especially alcohol. Words spoken now can have effects far beyond what you understand or intend. Put these factors together with Sun-Pluto and there is a potentially volatile combination that urges awareness, conscious decision-making and sobriety. By sobriety, I include proceeding from motives that you actually understand, and following thought patterns that are guided by logic that you stop and verify when necessary. As the 2012 astrology develops, we will need to use these tools as if it really matters. 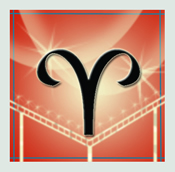 Aries (March 20-April 19) — You’re discovering the value of taking care of your health, in terms of the details rather than the broad strokes or general goals. Among the larger themes, however, it’s clear that your habit of pushing yourself too hard seems to be coming to an abrupt halt. I suggest you be grateful for any minor problems that will serve as wakeup calls or call your attention to more important issues. Focus on your relationship to food, and by that I mean scrutinizing every bite that you put in your mouth. In the midst of a moment of awakening that is encompassing all areas of your life, it’s imperative that you turn general goals into highly specific ones. The moment you identify something general you have as an objective, come up with three specific ways to make it real. 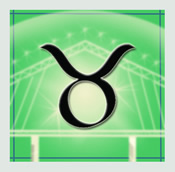 Taurus (April 19-May 20) — You’re limited only by what you believe, and most of the time your beliefs belong to someone else. To resolve this riddle you would have to take two steps. One is figuring out what your beliefs are, and the second is figuring out where they came from. One way to identify a belief is to identify a limit that you experience. You seem to be involved in a struggle that involves creative risk-taking, or taking any risks at all. You could ask yourself how far you want to take hesitating to express your ideas or your desires. The problem seems to be not that you avoid taking large risks, but rather that you avoid the ideas that might lead you to experiment. Can an idea be dangerous? The answer is yes, but the real question is: to whom? 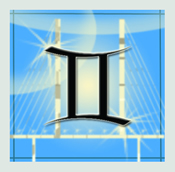 Gemini (May 20-June 21) — You may find yourself getting mixed up in something larger than you bargained for, and you may have a corresponding idea that there’s no turning back. You seem to have put considerable thought into your choice to make a commitment, without necessarily realizing the ways in which you would have to take some significant steps in your personal growth in order to come through. However, commitments always involve others, and I suggest you open up a clear, authentic conversation with the person you’re involved with — no doubt someone you consider more powerful or influential than yourself. You still have time to get to a point of absolute clarity about your agenda and theirs, and to work out any differences or misunderstandings in advance of taking the next step. However, this will take actual honesty and careful listening. 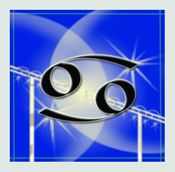 Cancer (June 21-July 22) — It’s time to get a grip on your insecurities. They may have worked for you for a while, but the risks of dragging around what amount to psychic shackles are increasing regularly. In other words, hesitation or doubt that may have lacked an obvious effect in the past could become much more costly now. Life is a process of trial and error, but that’s another way of saying that it’s about using what you learn. One question seems to be how soon you do that, once you’re in possession of vital information. Which leads to another point: what constitutes vital? For the next few weeks, assume that anything anyone says to you is potentially meaningful. Then scrutinize their opinion, look more deeply at the issue and make a conscious decision how much it means to you — and what you want to do about it. 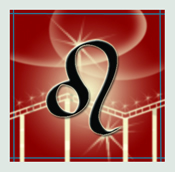 Leo (July 22-Aug. 23) — Now is the time to clear up any lingering secrets you may be keeping from someone, which would include withholds or convenient misunderstandings. What you reveal now will serve the purpose of healing, while what you delay or avoid discussing will have undue power to cause problems in the future. You may be in a situation where you are discovering so much about yourself that you haven’t said that you don’t know what to include in the conversation. I suggest beginning with any withholds that you’re aware of as such, or clarifying any known misunderstandings created by how you’ve presented yourself in the past. You know the time has come to live more transparently. What is nice about the current moment is that others are well poised to get used to that idea. 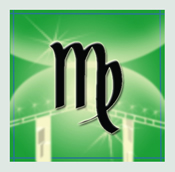 Virgo (Aug. 23-Sep. 22) — How do you correct what you perceive needs improvement in yourself? It’s an admirable goal to be a better person, though you need a gentle way to determine how that might look in real life. Growth is not a process of scrutiny but rather creativity. Instead of eliminating a bad habit, try creating a better one. Instead of quitting a job you don’t like, set some new goals for yourself that allow you to grow into a better employment situation. Transitioning from scrutiny to creativity can be challenging, especially when your list of things to ‘work through’ keeps getting longer. I would propose that one event around mid-month shows you how easy it can be. One way to describe the difference is that scrutiny is like planning to make decisions, and creativity is about taking action. 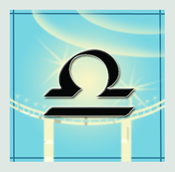 Libra (Sep. 22-Oct. 23) — Creativity is a practical thing. There’s a rumor that creative people are flooded with inspiration and overflowing with the desire to express it. I would say that most people perceived as creative are actually pragmatists. Yes, it’s necessary to have ideas before you set about applying them, but the second step counts for more than the first. Your task this month is to explore the balance between the two, which is another way of saying: apply your ideas where you think they will make a difference. That difference could be improving the view of the wall from your bathtub, or it could be about creating something that serves many people. Lurking deep beneath the ocean of your astrology is an obsession with service. You’re at a point in life where what you do has to count for something. 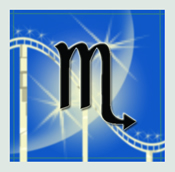 Scorpio (Oct. 23-Nov. 22) — How far can you see into the future? The answer is you’ll see a lot further if you’re not depending on the opinions of others as a source of information. You might be especially sensitive to the people around you as reference points, but the chances are they are stuck on the small points and glossing over the more significant ones. You could go a long way by asking yourself how useful the past is as a predictor of the future. Trends analysts usually say the past is the best indicator of the future, and a visionary would say the past is the very worst. For you, the past is providing an excellent reference point for what it’s necessary to go beyond. This really is as simple as the equation: “That only worked so well. It’s time to try something new.” 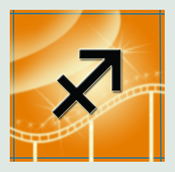 Sagittarius (Nov. 22-Dec. 22) — There comes that point where intelligence only goes as far as your emotional connection to whatever you’re thinking about. I don’t mean emoting over an idea but rather being able to sense the implications of something you’re considering, while you’re considering it. You’re having a lot of ideas about your goals and objectives, and your charts warn that you might lose contact with what you’re thinking. It will help if you slow down and consider your plans more thoughtfully, and recognize that every action has implications that go far beyond what you’re immediately aware of. You cannot see all of those implications, but you can feel whether something is right or wrong for you. It’s time to trust that information, and to use it wisely. 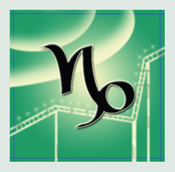 Capricorn (Dec. 22-Jan. 20) — You are becoming the embodiment of an idea. Though some would say this is dangerous, I would say it’s about being real. You don’t need to be an evangelist; you merely need to allow something that is truly meaningful to you to actually change you. What good are ideas otherwise? You might perform an experiment to determine whether something is a ‘real’ idea or a puff of thought that has no energy behind it. A real idea will feel something like, ‘If this is true, then I am a different person’. Different would pertain to what attracts you or what you find to be unacceptable or totally revolting. As the next few months progress and many new, unusual experiences come your way, discernment is going to become your most important tool. And this is something you must do with every cell in your body. 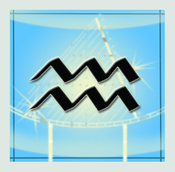 Aquarius (Jan. 20-Feb. 19) — A very old story is drawing to a close. The transition you’re making is one that you will look back on as a turning point for the rest of your life. You can think of it as the time when you finally got it that you have to be honest with yourself; and by extension, when you figured out that honesty is the one thing on which any viable relationship is predicated. You have the advantage right now of someone close to you who is especially gifted at living in a transparent way. Lately this is something they have done with fixed determination to something they have relaxed into as a sensible way of life, even though it may feel uncomfortable at times. That feeling won’t last long; the truth is what it is, and worthy of respect. 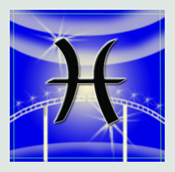 Pisces (Feb. 19-March 20) — You may feel you’ve survived without something essential for a long time — in truth, for too long. It has not helped that this something, whatever it is, feels like it can be found in abundance everyplace but where you are. You have made contact with this missing element recently, enough to have a clue that fulfillment is possible. The best thing you can do for yourself right now is to be open to receive. This will call for a conscious approach to existence, so you can notice the many ways you’ve gotten used to not having this certain something that you know is essential to your contentment. Take the lid off of your cup, so that the cosmic water can fill it up. Step into the light, were you can see more easily. When you breathe, feel the air rushing into your lungs.