Cleaning is healthy activity for humans, particularly here in the Western world where our lives become cluttered with both stuff and activity. The word less often means ‘restoring a hygienic condition’ and more often means getting rid of what is no longer needed. This month there is an unusual surge of Aries energy as Mercury, the Sun and Mars join slow-movers Jupiter, Uranus and Eris. 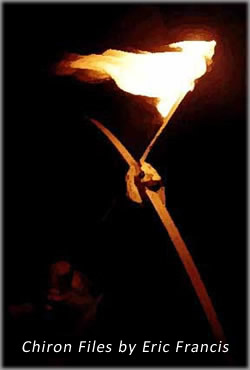 These Aries placements represent an exuberant burst of energy that might be directed at throwing away the past, embarking on new enterprises and asserting oneself in just about any possible way — those six planets cover a lot of subject matter. However, there’s a distinction that must be made between throwing off the past and embarking on the future. Aries is all about new beginnings, and Uranus — which has arrived to stay for the next seven years — is one of the most revolutionary and forward-thinking planets of the lot.

Yet consider this: Mercury is retrograde between March 30 and April 23. Mixed in with all this burst-forward energy we have a reminder to consider the past. That reminder may come in elements or ideas of the past that persist; and it may come in the form of hesitancy about moving forward because we have those ideas. In either event, the result may be the sense of a frustrated beginning.

This month, anyway, patience is going to be a virtue. Lack of patience could have a weakening effect, and there is a real risk of bad decisions that could have lasting results. I strongly advise delaying important decisions — and even seemingly minor decisions — until after Mercury is direct on April 23.

The challenge will be that because of Jupiter’s presence, there will be an exaggeration effect that makes things seem more important than they are. This will have a few hotspots, including April 11 and May 11 (give a three-day range for each date), which might have roots back to something you did on or around March 15.

Here is how to make this astrology work for you:

• Consider the past as an active process. There is likely to be something there that will benefit from your understanding. You may have a misconception, false information, exaggerated information or some significant missing bit of data that you need to know about. Delays in progress or any setbacks in commencing a new project are opportunities to do this. If you find yourself stuck, go on a hunt for the missing information. It may be looking right at you.

• You may be coming up against a past idea of who you are that conflicts with the growth or progress you’re making. An outdated self-concept may be the problem. In order to address that outdated self-concept you would have to know what it is. So take the opportunity to find out. You have time; on the short-term scale, there is no rush. Mercury retrograde is a short (if challenging) useful phase of review.

• Consider the differences between how you perceive yourself and how others perceive you. Self-understanding is basic to being a self. With all this new energy moving into Aries, self-actualization is going to become all the rage, just as if it never went out of style. I’m not sure it was ever in style, but back when Chiron was in Aries in the late 1960s and early 1970s, it was definitely something that was available. A book like Games People Play could sell hundreds of thousands of copies.

• Speaking of Chiron, its presence in Pisces continues to be a meaningful counterbalance to all of this expressive, me-conscious energy coming from Aries. Chiron in introspective Pisces is a continuous invitation to explore one’s inner awareness and every now and then consider that there exists a world other than the one you can see.