SO MUCH has happened since your last birthday. And so much has not happened. With Pluto about to enter your sign, you may be wondering what is going to happen. I will tell you this, many astrologers don’t understand how to interpret Pluto positively, so when you’re reading you need to be careful what you take on board. You may ask what difference an interpretation makes, when “what’s going to happen is going to happen.” But is it, really?

Or do we exist in a co-creative process with the universe? That is the question that you need to ask yourself as you experience Pluto in Capricorn — or as anyone who follows astrology.

Be aware, however, that 2008 is a transitional year. Pluto will walk back and forth across the Pluto/Sagittarius line, which in the kind of astrology we are doing — Sun-sign astrology — is symbolic of your ascendant. The ascendant is the borderland of consciousness.

We are talking about something remote and strange — how a little planet about 3,000 million miles from us is going to affect you. But a mundane metaphor comes to mind — that of figure-ground contrast. You are the figure. The rest of the universe is the background. The distinction between you and it is not as simple as you think. True, you have a body, but the discussion is a lot more complicated. The real issue is where your mind ends and the collective mind begins — or the other way around.

In case you’re wondering why things feel so strange; why there are all these questions that involve ‘self’ versus ‘other’; why (at times) you may feel like you’re adrift on the cosmic ocean and why (at others) you may feel like you actually exist for the first time — now you have your answer: Pluto is dancing around the most sensitive line in your solar chart.

In the most practical, superficial terms, this means that you will be redefining what you might describe as a role in the world. Even if the entire world is a stage, you have more than a role. You actually exist. And Pluto is taking you on a little tour of exploring that existence. What influence do you have? Do you matter to others, and what does their existence really mean to you?

Part of the way this may play out is in some very basic power struggles — all of which are optional. The thing to do in a power struggle, assuming you don’t want to be in it, is to get the message and move on. The problem is that most people like a fight: it teaches them they exist. This is exactly what I am getting at. Once you figure out you exist, you can set aside the whole game of doing things to discover or insist that you exist. Rather, take the cosmic cue and define yourself, or explore the concept of definition, from the inside out. 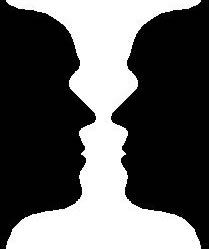 As I’ve been ranting elsewhere (and it was Jude who pointed this out), so much involves self-esteem. One of the reasons that self-esteem is so tricky is that we don’t have many models for it. We confuse it with egotism — with the people who are so sure they can do no wrong; they tear up the world as they march through it. Or, we count it as a form of meek humility because of course, the meek shall inherit the Earth so that must be good.

What I suggest is that you get yourself two or three models for self-esteem, but that they are people you know or get to know individually, not as a group. The problem with groups is that they set a kind of market value for this commodity — how we’re supposed to feel about ourselves — is determined by the group. That group could be a family, a company, a social network of some kind, or a few close friends — but there are rules and the rules either set limits (more likely), or push everyone higher (less likely).

Here, we come back to the theme of figure-ground contrast, and also how you relate to others. The short of it is, these are the seasons in which you will define yourself, and I suggest you make that definition flexible. I also suggest you do a study and figure out the ways in which you have actually succeed, create a way to size up what you have accomplished, and assess whether how you feel about yourself matches. Of course, you might not be in a position to assess what you have accomplished because you wonder how much it really means. And if you are doubting, you might want to inquire as to why that is.

By all rights, you’re feeling amazing about yourself these days. You have so much going for you. But I am aware of subtle influences that might lead you to ask questions, or to doubt the obvious evidence. And if you find yourself in a frame of mind where you’re doing that — ask yourself what is up. Ask who and what is influencing you; and most of all, ask why.

Remember that most people define their personality through some form of conflict, tension or aggression. To those who have values they believe in and live for, some other method of self-definition is necessary. Let it be based on what you create, who you love, and the ways in which you live as if to hold the world together.