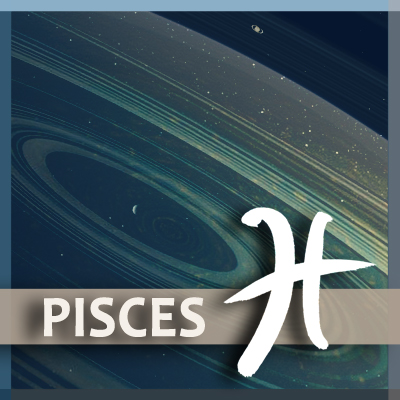 Pisces (Feb. 19-March 20) — One great benefit of the past three years of Saturn in Capricorn is that you have carved out a niche for yourself. This has happened by hook and by crook; by shake and by quake. Notice the ways your world has been rearranged since late 2017, and evaluate where you stand right now. You may have suffered some losses, though if so, consider whether what you lost is actually something you needed. As Patric Walker once wrote, “Saturn always gives more than it takes away.” One of the things that Saturn has given you is some clear space to work. Yet to take advantage of that, you will need to move into that space and occupy it consciously. You have learned who your friends really are, and it’s likely that a good few people who were not your friends are no longer in your personal circle. Just this alone was worth the price of admission for Saturn in Capricorn, though you have learned and gained a good deal more. It is up to you to take your space in society. You do not need to be invited any place, appointed to anything, or crowned by anyone. Rather, it is now time to step up to whatever challenge you choose. I suggest you reach a little higher than you think you’re capable of, because you are capable of far more than you may believe. You will not know unless you try. Meanwhile, Mars retrograde will be provoking you, and I suggest you grab onto this as motivation. The major theme for you is recognizing the power of money, and the validity of using financial gain, and organization, as your motive. Stay with your values and you will do brilliantly.

(Feb. 19-March 20) — The last sign of the zodiac embodies the idea that the world is created by opposite energies that complement and balance one another. Pisces is the living embodiment of yin and yang. 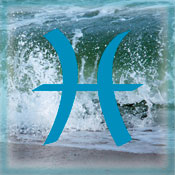 That is to say, you want balance in your life, and you’ll go out of your way to find it. But you can also do without or function under extreme conditions, as if you’re drawing energy and information from some parallel universe. When we think of the great Pisceans of all time, Albert Einstein comes to mind, and this is someone who clearly understood alternate dimensions of reality and how what we see is not all there is.

Associated with the ocean and the cosmos itself, Pisces represents the primal waters to which the whole human experience eventually returns, and from which new ideas emerge. Seawater contains nearly every element; so do you, and you manifest this through your flexibility, adaptability and your ability to morph into whatever you need to be. You don’t want to do this too much, however. You have the ability to take the long view; water is the element with the slowest and most enduring action.

That is to say, when in doubt, you can rely on your persistence. You don’t demand perfection, only progress. You can be self-sacrificing and believe that it’s possible to serve the greatest good for all concerned. Pisces is the sign that’s truly populist. Aquarius usually gets this credit, but Aquarius is too discriminating to be populist. With Pisces, you might say that the ocean refuses no river.

Your sign is associated with music, imagery and dreams. You believe that art is one of the fundamental things that makes humanity what it is. For you, sex is spiritual, even the original devotional activity. Indulge yourself in these things: your hobbies should include at least two of them.

Life would be extremely boring without the release from the edgy world of the ego granted by Pisces. If you’re born under this sign, you have to watch your boundaries, have realistic expectations and remember that the world is ruled by love and not by guilt. If you have self-esteem issues, figure that out and deal with them promptly; both you and everyone else will be happier, healthier and wealthier. Assert what you think is right and you will discover that many people agree with you.

Yours is a sign of the element water, categorized as a mutable sign because it’s at the end of the season and indeed the end of the astrological year. In traditional astrology it’s ruled by Jupiter, and in modern times usually associated with the big blue planet Neptune. Venus is your close cousin. Study all three of these planets in your chart and you will have a much better understanding of who you are.