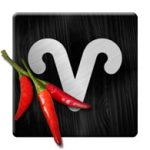 Aries (March 20-April 19) — The choices you make over the next 12 months will make you proud many years from now. Provided you make good choices, that is. To help your decision-making process, make a point of taking a step back away from the fray periodically for the rest of this year. From the perspective of your occasional retreat into sanctuary, look back to the beginning of this century (2001), and review each year since. Specifically, see if there is a pattern that differentiates the even-numbered years from the odd-numbered. As arbitrary as that exercise may seem, there’s a good possibility you will learn something to help you make the best choices of your life, especially next year. — By Len Wallick 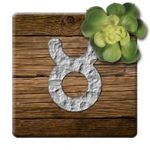 Taurus (April 19-May 20) — Sometimes the truth is hard to take. With time, however, what’s true will always serve to liberate you, so long as you align yourself with it. Assuming you want it, there is a way for you to attain just such an alignment. The way will begin with getting clear on just what validity actually is. Odds are you already have a feel for the nature of truth inside and out, but may have lost your touch to a greater or lesser extent. The first thing to be aware of is that becoming an intentional partner with veracity will be a process of remembering what you already know. The next thing to note is how your memory is more likely to be found in your body than in your mind. — By Len Wallick 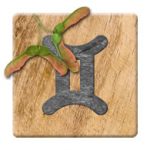 Gemini (May 20-June 21) — Resolving the mysterious often requires considerable patience. Sometimes you have to sit with a dilemma. Other times you need to sleep on a paradox. Being busy, distracted or tired is not helpful. Provided you see a confounding or urgent conundrum in your life right now, you will also probably recognize that simply moving on will not do you any good. It will be most efficacious if you cuddle up with your enigma as though it were a good book. If you perceive nothing inscrutable in your life at this time, it’s probably because you are overlooking it. Should that be your case, cultivate your curiosity. It’s far better to find a puzzle than to have it find you. — By Len Wallick 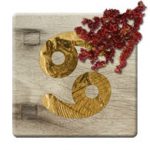 Cancer (June 21-July 22) — If you have not been yourself lately, don’t worry. If you have recently had a dream that made you wonder aloud where it came from, don’t be disturbed. It’s natural to discover something new about yourself every once in a while. As a matter of fact, such internal disclosures are more likely (and more necessary) for you than for many others. Often such insights come during times of crisis when you realize a capacity, strength or talent you didn’t know you had in you. It should not be necessary, however, to go through stress to find yourself more thoroughly. Now is a good time to try previously unexplored forms of fun in order to get your revelatory needs met. — By Len Wallick 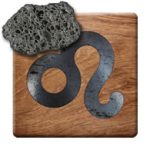 Leo (July 22-Aug. 23) — What do you actually own? What can you really call yours? You are at a point in your mental, emotional, spiritual and even physical evolution when it’s appropriate to contemplate possession and being. Start with the water that constitutes most of your body weight. Where did the water go that was present in your body a year ago? Where did the replacement water come from, and where had it been? Extend the inquiry to other components of your body and all your material possessions. Then, ask something of the same questions about your choices, decisions, affinities, skills, beliefs, needs, hopes, dreams, aspirations and affections. Where among those things are you, and only you, to be found? — By Len Wallick 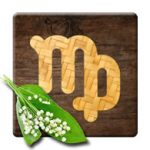 Virgo (Aug. 23-Sep. 22) — Change is often like a swinging pendulum. Things usually go as far as they can in one direction, then the other way to repeat a complementary process. You can see that process in the cycle of seasons. Every season reaches its peak, then yields to its complement six months later. The same pattern evinces in many other ways. The trick is to know where or when the turnaround will come. You could consult an oracular method (such as astrology) to understand where you are relative to change. Indications are, however, that it’s time to try your hand at being an oracle. To get started on the right foot, remember that oracles never know. They only show. — By Len Wallick 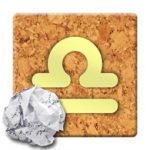 Libra (Sep. 22-Oct. 23) — Something that has recently been out of sight or mind is about to return to your field of vision or consciousness. Whatever it is that’s been off your radar for a while is intrinsic to you. It’s a trait you don’t identify with, even though many who know you can see it plainly. Fortunately, the impending refreshment of your self-awareness will almost certainly be a pleasant and gratifying realization. That’s because you appear to have recently lost track of something about yourself that compels others to like and even love you. You will know you have regained sight of this lost trait when you begin to like and love yourself better. After that, it will be a matter of not losing track again. — By Len Wallick 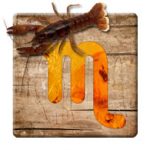 Scorpio (Oct. 23-Nov. 22) — You know the feeling: you get ill and one of the symptoms (such as a cough) persists long after you are otherwise well. Or you suffer an injury that remains tender long after it has otherwise healed. There is likely a similar sense of lingering for you now. It’s something of a previous experience that has integrated into your being as a constant reminder from your past that has nothing to do with your present. If you recognize part of you in these words, begin thinking now whether it’s in your interest to keep it as part of you. If this horoscope does not ring a bell, ask around with those who have known you for a long time and see if they can tell you what it is. — By Len Wallick 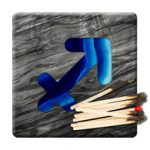 Sagittarius (Nov. 22-Dec. 22) — It doesn’t matter whether or not a new ‘school year’ is soon to start in your geographical vicinity. If that were the case, however, it would be an interesting synchronicity. That’s because those of you born with the Moon in Sagittarius are about to resume your education in some way. Therefore approach the next month or so as if your long school holiday were in its final weeks. Rather than exhausting yourself by packing too much activity into too little time, look to rest and relax. If you know where you are going, get there early and settle in. Instead of being nervous or sad about what is soon to end, focus on and be glad for what’s about to begin. — By Len Wallick 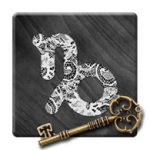 Capricorn (Dec. 22-Jan. 20) — Don’t let criticism from others bring you to doubt yourself. You have a better idea than most of who and what you are. You also appear to have finally allowed your limits to define, rather than depress, you. Yet you are also still a work in progress, and therefore impressionable, even vulnerable. Thus, it’s important for you to protect yourself from challenges originating in your immediate environment. How you protect yourself is even more important. Aggressive reactions will only set you back. Work instead to constantly be conscious of, present with, and grounded in your priorities and values. Then show that very consciousness, presence and grounding in your every action. — By Len Wallick 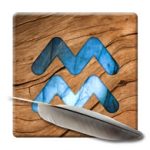 Aquarius (Jan. 20-Feb. 19) — Your long process of intentionally seeking and laboriously finding revelations has reached a crucial point. You can now describe something you have been working on all year. Even so, your work is not over. In addition to creating form around that which you can finally name, you should also bring yourself to be aware of some unfinished business. That business originated long before the beginning of the efforts for which you now have a name or definition. What you are now avidly pursuing appears to have rooted no more recently than 2007, and as far back as 1995. To firmly anchor your current aspirations, you will need to find and connect with those roots again. — By Len Wallick 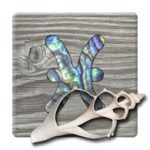 Pisces (Feb. 19-March 20) — The true depth of your emotional intelligence has probably never been as apparent as it is now. Indeed, it seems as if you have finally gotten over, past, around, under or through some issues that flummoxed and stunted the full maturation of your parents, and probably your grandparents. That’s good news for you. Even so, you need to be aware of how the example set by your ancestors can no longer guide you. Your challenge henceforth will be to proceed with no guide other than your own judgment. Don’t underestimate that challenge. Proceed with a clear intent to create a legacy of your own that will serve to sustain rather than sabotage your own posterity. — By Len Wallick