Inner Space Monthly Horoscope for October 2014 | By Eric FrancisIn October there are two eclipses and a Mercury retrograde — many people will feel put through the paces, but if you psych yourself up, you can put the intensity to good use. Mercury retrograde says review, rethink and revise. Eclipses say transition. So the combination is to resolve unfinished business of the past and get ready to move forward into new territory. The two are related. You know how people, maybe even you, want to go forward without having paid proper attention to what happened in the past. Now is the time to do both at once. 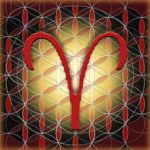 Aries (March 20-April 19) — You will have impact this month, more than you know. Yet you must stay grounded in reality, which means in communication with the people around you. You may have questions; others may have questions; it will be necessary to focus on internal and interpersonal matters rather than pumping out energy and ideas into the world. I am saying keep your humanity. I am saying remember who you are, even as you discover some new and potentially shocking aspect of who you are. That will indeed be a discovery. One focal point is that it will help shift your reality from a one-on-one concept of relationships to a group/network concept of relationships. While you’re there, remember that every human encounter is one-to-one. 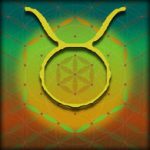 Taurus (April 19-May 20) — Imagine a door opening in your relationships, one that you have no idea where it will lead. That possibility is one thing now, and it will be another thing after some kind of development or discovery in your life that makes you want to enter the unknown with some gusto. The idea to focus is the way in which every experience of discovery with another person is really about self-discovery, though in the context of a human encounter. Relationships are not the only way to get to know ourselves, and it’s not an especially safe or stable path without devotion to self-knowledge. For the next few weeks, even as some unusual or high-intensity experiences come your way, you seem to be poised to strike the perfect balance. 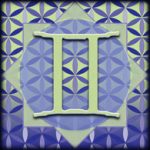 Gemini (May 20-June 21) — When most people hear the word healing, they think of a doctor’s office, or maybe if they have gone beyond that model of treatment, the massage table with immaculate sheets in the room with the hint of burned sage. For you over the next few weeks, healing is about pleasure, it’s about adventure, and it’s about the kind of activity you feel organically good doing. You can think of this as pleasure therapy, which may come with remembering some things you loved to do in the past but forgot about. Now would be an awesome time to remember, and to use any break in your routine or your schedule to get yourself back into those activities. This will feel good, you may wonder what took you so long, and the effect will be what you might think of as pleasure therapy. 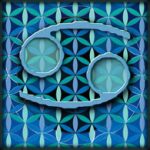 Cancer (June 21-July 22) — The unusual breakthrough in your career will be a mix of all the effort you’ve invested and something that seems like pure luck, or a bolt from the blue. Most success is some combination of the two. This reminds me of my First Theory of Great Photography — charge your battery, and show up. Lots of different things may happen after that, but unless you charge your battery and show up with your camera, you’re not going to get photos. Therefore, take any preparatory steps you can, including being especially attentive to email, voice mail, and initiating communication when you feel moved to do so. One way to work with your situation is to make sure you remove as many obstacles as possible, and to take affirmative steps as soon as you feel called to do so. With Mercury retrograde for most of October, that means focusing on communication and taking nothing for granted. 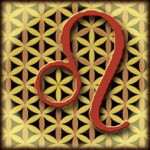 Leo (July 22-Aug. 23) — You may be dealing with some sensitive matters of family history this month. Remember that these things are made more challenging by lack of conversation, and lack of closure. Indeed they would not even be issues if open dialog were encouraged, and if people really understood what it means to address and resolve something. If you proceed in that spirit, you will help make things easier for yourself and for everyone else. You may be able to tip the balance into what is actually creative and productive. It’s true that in American culture (in particular) there seems to be open disdain for the past, though this is ridiculous. We all depend on the past for many reasons, including teaching us what mistakes not to make again. 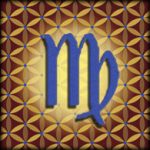 Virgo (Aug. 23-Sep. 22) — It’s amazing what passes for thinking. Most of it could generously be called rationalization. Plenty else could be called emoting. The rest usually amounts to doing what one is told, by an intimate partner or an authority figure. This month it’s incumbent on you to think for yourself. One aversion to doing this is not wanting to take responsibility for when things go wrong. Yet more is at stake than that. This is not a matter of pride. It’s a matter of taking your destiny into your hands, and doing your part to make sure that the events of your life flow in a way that you will want to live with. So on one level it’s about taking full responsibility, or rather authority, and not letting anyone con you out of your right to make your own choices — and to be fully responsible in any event, whatever may happen. 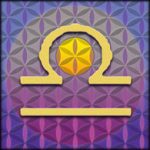 Libra (Sep. 22-Oct. 23) — Venus is in your sign, which is offering encouragement to use charm instead of force, and an even deeper challenge — to use authenticity rather than any form of pretense. That means all truth, all the time. Instead of sugar coating reality in some way, present the facts instead of your emotional reaction to it, or concealing it. The direct statement of ‘what is so’ is influential in ways that you may not be used to. You might, for example, discover that you don’t need to resort to  convincing anyone of anything. You may be surprised how it can guide the conversation toward a fair outcome. There is one element to the truth that you might be less inclined to get involved with — admitting when you’re wrong. It’s good practice, it’ll build goodwill and make you care about getting it right the first time. 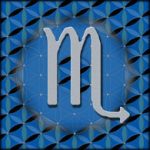 Scorpio (Oct. 23-Nov. 22) — Mars, the planet associated with your sign, is pushing you to get serious, and creative about money. At the same time you may be realizing how many issues you have with the whole concept, and what this says about how you feel about yourself. The common ground is the subject of worth, or worthiness. These days we think of this as an emotional reward, like a dog getting a treat. Yet the semantic origins of ‘worth’ relate to honor, excellence, capability and actual value. Think of worth as a real thing and it will be real to you. Think of it as an emotional abstraction and you will reduce it to that. In lived reality, worthiness is often something you must demonstrate, practice, exhibit and develop. 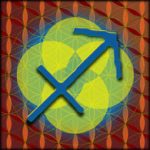 Sagittarius (Nov. 22-Dec. 22) — You may feel driven to be yourself, or to assert yourself, yet at the same time you may keep encountering pitfalls or profound doubts. If you think of this time in your life as an opportunity to tap your strength and overcome those doubts, you will make the most of a rare moment. There seems to be some discovery waiting for you about the true nature of spiritual power. It’s something that you access from within yourself, but a strength that may not feel like it’s entirely about you, or coming from you. It has a way of affirming your existence and being a positive influence on others, while denying the existence of nobody else. And the more you tap into this source of strength, the more natural it seems, and the more you become like it. 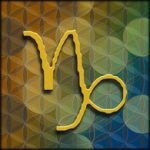 Capricorn (Dec. 22-Jan. 20) — Your path to success is through collaboration, cooperation and contribution. It’s true that in recent years you have learned to take on something of a lone wolf quality, which has helped you let go of some codependent tendencies that followed you around for quite a while. Now it’s time to foster a new kind of connection, what you might think of as healthy interdependency. You don’t have to worry about lapsing back into any of your old ways — the evolutionary forces that have propelled you this far from your past are still at work, and are working in your favor. One significant element of progress is that you now have the strength to assert yourself and to initiate the conversation, rather than following along as if pulled by an emotional tugboat. You are now driving your own life. 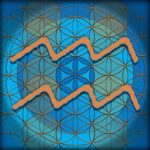 Aquarius (Jan. 20-Feb. 19) — You may think you’re doing something that’s impossible. What you’re really doing is proving that something perceived to be impossible can actually be done. You are not merely trying to do so — you are succeeding. What may not be obvious are the ways in which you are doing so. Your visible achievements may not match up to your vision or expectation of what is possible, though you are building the foundation for that very thing. It will take some time for what you are doing now to rise above its foundations, which is the reason to keep going, not to hesitate, to remain in a position of authorship and therefore authority over your own life. 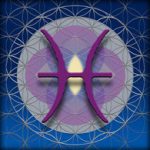 Pisces (Feb. 19-March 20) — Leadership means creating an idea, and taking action on that idea. In other words, it’s about not waiting around for something to ‘come to you’, nor is it about waiting for someone else to do something. Another word for this is initiative, which means being the one who initiates. What you initiate now is picking up the momentum of much that you’ve done in the past, and adding to that momentum. So you’re neither starting from scratch, nor from a stuck place. But neither are you bound to what you did in the past. Indeed, the very point of this time in your personal history is making contact with your determination to enter new territory, to embrace a new vision for yourself and for your concept of accomplishment. This is a vision that will arise in the doing. Don’t worry if it’s not fully formed. Just keep going.