Cosmophilia: An Approach to Astrology and Existence

In 1984, an evolutionary biologist named Edward O. Wilson published a book called Biophilia. As he developed and used the term, he meant it to describe the affinity of life for itself — of living creatures for other living creatures. The word, and the idea, was first used in a 1964 book called the Heart of Man by psychologist Erich Fromm (also author of The Art of Loving and Escape From Freedom). 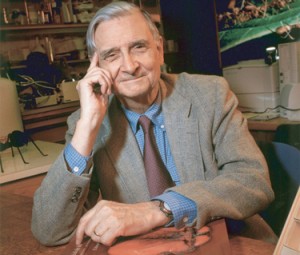 Bjork picked up the theme and for four years developed a concept album, dance performance, multimedia art and set of apps centered on (and called) Biophilia, published in 2011.

Wilson in his book describes biophilia as an instinctive bond that exists among everything that’s alive. While you might look out at the world and see so much strife, division and competition to really make you wonder how that might be true. You might think the planet was overcome by biophobia.

Yet there’s plenty of evidence that he’s right — such as how people feel about their kids, dogs, cats, bunny rabbits, goats, gardens and house plants. Wilson, by the way, is a specialist in ants. He spends plenty of his book describing the incredible ways that ants work together as a kind of superorganism, then extends that idea to all of the life that surrounds us.

We know there are people who can subvert biophilia within themselves, somewhat like a high-wire artist subverts the fear of falling. For the most part, we all crave life, and we want to be surrounded by life. This may be reduced down to a very narrow flow of appreciation, perhaps of a single person or of a tree or any one living entity…but at some point everyone feels this, many people profoundly.

Toward the end of his book, Wilson describes what it might be like in a landscape painstakingly made to look like it was alive — but where everything was inanimate, fake, molded and lifeless. Lakes with no fish or algae. Plastic trees with no birds. It would be like living in a tomb, the experience of total desolation. There would be nobody, nothing, to relate to. 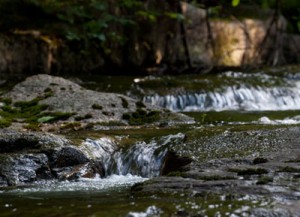 The Coxing, on the Grandmother Land, Ulster County, NY.

I read Wilson’s book sitting out by a stream in a forest where I feel a strong affinity for life — in particular, the life of the forest itself, with whom I’ve had a long and beautiful love affair. As I went through Wilson’s examples and illustrations of what is possible, it occurred to me that humanity has a similar affiliation with the cosmos. We don’t just live on Earth. We live on a planet that orbits a star that is part of a galaxy that is part of a vast cluster of galaxies.

That humans look to the heavens for information, ideas and inspiration — and we do, dependably — is a clue that there is something larger at work — a tropism for the cosmos. That astrology works at all describes an affinity for that cosmos. If “the medium is the message,” the message of astrology is that the cosmos is alive, responsive, dancing with us just like we are dancing with it.

From the standpoint of rational thinking, it’s a little strange that someone can describe what your life will be like, or what kinds of choices you will be facing, based on some gas bubbles floating around in space. How is that even possible? Yet it is. We’ve all experienced it — anyone who is following, using or benefiting from astrology. 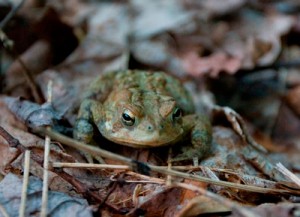 This rather large toad posed for a photo for about five minutes, letting me come right up to him.

Watch astrology long enough and it can seem like a person’s character traits, their mission, their karma and the trajectory of their life is described in their chart — using a map of the planets. Follow any competent newspaper horoscope and it’s clear that you don’t even need that map; the planets in their courses can guide, describe, assist and offer inspiration. You can see Jupiter high over your head and feel protected. You can look at a distant constellation and make up a story about it.

We can guide ourselves by the stars in ways so practical as navigating a ship or getting out of the wilderness. Our biological rhythms are connected to the cosmos — the phases of the Moon, the rising and setting of the Sun, the movement of the seasons. We often take all of this for granted. Yet the biosphere is set within the cosmos. The phenomenon of life is possible because the cosmic conditions are correct.

The recent history of humanity is a story that in many ways is about alienation. The rise of technology has distracted many humans from our connection to the biosphere and the cosmos. We live in the midst of mechanical time, measured down to nanoseconds that are tracked against an atomic clock somewhere. We divide our lives up into hours, days, weeks and years, often oblivious to the cycles of nature that surround us all the time. Who even knows what an atomic clock is? (It’s a clock that keeps time based on the decay of a radioisotope, the most predictable intervals that exist in physical space). 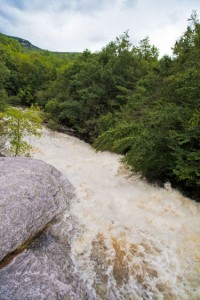 In this year’s edition of the Planet Waves annual, I’ve taken up the idea that we belong in the cosmos. I’ve read the charts from that point of view, and formulated my readings around what we can do to dissolve the boundaries that exist between being here and truly feeling like we belong here.

Following a new approach to astrology, that it’s a form of environmental studies, I’ve done my best to describe your inner process and the environment you may find yourself in, and to help you move and create within the place where the two meet.

Astrology can go a long way toward getting you out of false individuality, and take you to the shores of existence where your soul meets the wider universe around you — be that your community, your planet or your sense of purpose. Astrology helps us recall the memory that Being is the one thing that all the universe shouts.

In this spirit, I offer you Cosmophilia: You Belong Here, the 2015 annual edition of Planet Waves.

This entry was posted in 2015 Diary. Bookmark the permalink.

5 Responses to Cosmophilia: An Approach to Astrology and Existence