Read the Horoscope Associated With This Article 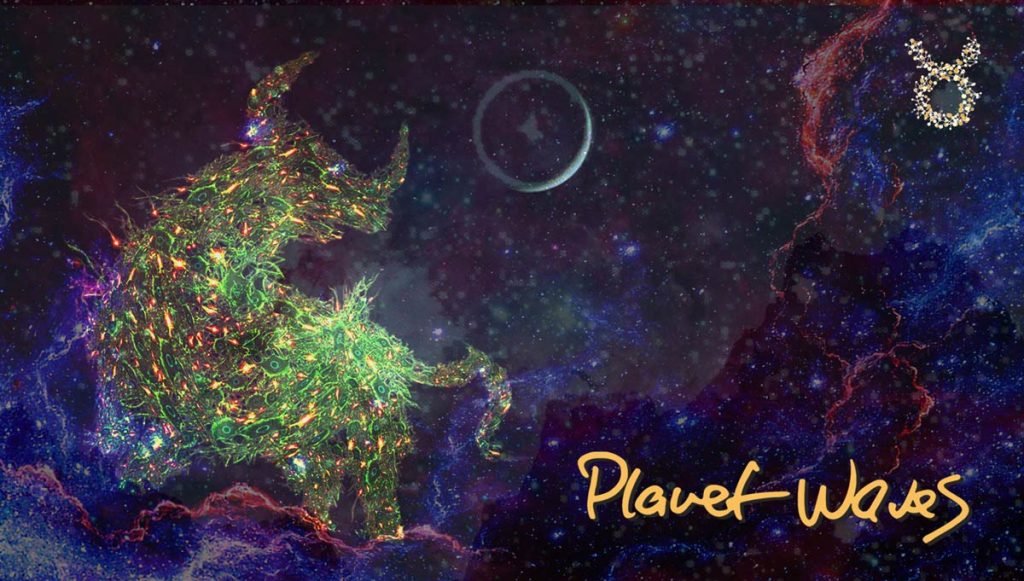 Saturday, the Moon and Sun form a conjunction with the minor planet Albion, formerly known as 1992 QB1. This is also a partial solar eclipse that throws a shadow over Antarctica.

Audio Presentation on this Event from STARCAST

Has anyone heard of the planet Abion? Anyone? Raise your hand if you have. Hmm, not seeing any.

Perhaps that’s because its primary discoverer, British astronomer David Jewitt, quietly gave it a name in January 2018, more than 25 years after its discovery. My readers may know it as 1992-QB1, about which I have written many times.

As its provisional name (1992-QB1) implies, it was discovered in 1992, by Jewitt, and a graduate student of his named Jane X. Luu.

While Eris is often spoken of by commercial astrologers as “the planet within our solar system beyond Pluto,” it was not the first. Rather, it was 1992-QB1, now known as (15760) Albion.

Short story is, in the early 1990s, astronomers had their telescopes pointed mostly at Jupiter and Saturn. They were about to form a conjunction, and the Cassini Space Probe (properly called Cassini-Huygens) was being designed and built, about to be launched in October 1997.

Nobody was looking at the far edge of the solar system. There was speculation about whether this thing called the Kuiper Belt existed. Initially imagined by Gerard Kuiper (1905-1973), there was a question whether there really was a cloud of little planets out beyond Pluto.

Then he anti-predicted it, and said it probably did not exist. Then Drs. Jewitt and Luu discovered it on Aug. 30, 1992, and it was named after him.

As Dr. Luu quipped in an interview with me several years ago, “Most people would be happy. He got something for nothing.”

To The Edge and Beyond

Albion, as the first planet discovered outside of Pluto’s orbit, has a special place in astronomical history and deserves a closer look by astrologers. Its orbit is 291 years, compared to Pluto’s 248 years. It has a different resonance to Neptune (165 years) than Pluto; it exists in its own band of space. It is a “classical Kuiper object,” also known as a cubewano (q-b-one-oh).

The one I reference the most these days is Quaoar, currently in a conjunction in Capricorn with the second centaur Pholus. Both of these points reference various shades of ancestral material, which we are getting in buckets-full these days.

If Pluto is about “evolution” and “the soul,” then it is a basic tantric engine that drives awareness of these basic facts of existence. If Pluto is about power, it gains that quality because most people regress into pre-teens when either of these subjects come up. Around discussions of sex or death, most people verge on powerless, unable to sort out what they are feeling.

For most people, Pluto is the edge they cannot go near. Albion is what is beyond the edge; what is beyond the threshold to the unknown. It is a gentle influence, representing voluntary growth for which people are ready, rather than the “grow or die” principle of Pluto. (Given the choice, most people, it seems, would choose death.)

The discovery of new worlds for astrologers means the birth of new dimensions of consciousness. Interestingly, both astrologers and astronomers are equally resistant to this process.

“A lot of people don’t like it, because it started all the trouble for Pluto,” Dr. Luu said in a 2012 Planet Waves interview, on the 20th anniversary of QB1 being spotted. The discovery led to many other astronomers looking for objects in the Kuiper Belt, and one of them — Eris, discovered in 2005 — led to Pluto being reclassified as a Kuiper Belt object. “They should think of it as a new frontier of our solar system. It’s just like exploration way back in the 1500s. It’s about mapping new worlds.”

This is the actual plan to put every human body on the internet, complete with an IP address, GPS tracking and the works: it is well underway.

Saturday’s New Moon is Close to Uranus, but Conjunct Albion

Commercial astrologers will be noticing the proximity of the New Moon to Uranus. It’s pretty close. This will get the usual “expect the unexpected” type of predictions, with a little quivering in the financial markets thrown in for the sake of seeming journalistic.

Deeper issues are involved. We have yet to reckon with Uranus in Taurus, which has overtones of financial instability, the reinvention of currency, and the merging of humans and machines.

Early on, we were talking about “the body electric” (Taurus being the body, and Uranus being electric), and wondering what that was about. At the time, we had no concept of the project to merge humans and computers, now commonly spoken of as transhumanism.

This is the actual plan to put every human body on the internet, complete with an IP address, GPS tracking and the works: it is well underway, and your free upgrade is available at the local Winn-Dixie, CVS or Walgreens, in the pharmacy department.

Uranus in Taurus is about the ongoing destabilization of our humanity, and being shocked out of physical existence.

Though he was ahead of the curve (like his father Marshall), it’s what Eric McLuhan was talking about when he said, “The body is everywhere assaulted by all of our new media, a state which has resulted in deep disorientation of intellect and destabilization of culture throughout the world. In the age of disembodied communication, the meaning and significance and experience of the body is utterly transformed and distorted.”

It is only in this distorted (which I usually call disembodied) state that anyone would accept being transformed out of their basic humanity, or pretend that it somehow does not matter.

We generally care about one another when confronted with the opportunity to do so. This usually holds true in families, though in 28 years of doing astrological work, I have witnessed way too much pure living hell inflicted on many of my clients by their relatives.

Everyone has a different idea about what it means to be human, though perhaps we could agree on a few basic principles: physical existence, combined with physical mortality and — on a good day — a sense of the existence of one’s spirit. There is something both physical and nonphysical about being human.

Questions come with this diversity of states of being. Seeking answers to those questions is part of our humanity. Caring about the meaning of existence, and of our existence, is innate.

The questions about sex and death usually nag people, and society tends to make up names for those who persist in their quest for experience and understanding.

Still, that only works so well, because everyone — to some degree greater, or lesser — has the same questions, the same fears and the same yearning for experience. We know we share a common fate.

And we generally care about one another when confronted with the opportunity to do so. This usually holds true in families, though in 28 years of doing astrological work, I have witnessed way too much pure living hell inflicted on many of my clients by their families.

To my ear, Albion is about making contact with the inviolable core of humanity that we all possess. Albion is always there, waiting to be accessed. It is waiting to take us past the false edge of Pluto, and into a realm where we may see the other possibilities for ourselves.

The Core Values of Humanity

In our time, we are witnessing a wide-scale assault on humanity. We are witnessing the bald abuse of trust and power that has been taken from us, or that we have given away — wittingly, or not.

Throughout my life, I have grown accustomed to certain loosely defined principles or values that I am now seeing thrown away, given away on behalf of others, or squandered on no return whatsoever.

— The importance of taking care of children and elders. However one may feel about “family,” we usually agree that the very young and the very old must be afforded some extra attention or protection. I was taught we agreed that parents had the right to make decisions on behalf of minor children.

— The right to exist in such a way that does not make it impossible for others to do so. For example, you can play your music as loud as you want, as long as you’re not preventing someone from working or sleeping. We humans can usually negotiate these things on our own. We do not need to be told what to do.

— The right to know about known dangers, such as from consumer products, medicines, medical procedures and environmental insults. I think we would all agree that nobody has a right to poison you against your knowledge and your will. I recall how we all agreed that if the Ford Pinto explodes, it should not be on the road, and the company should be punished for lying and knowingly endangering people. For a long time, we agreed that there was a right to informed consent.

— The right to refuse medical treatment, and in particular, the right not to be part of a medical experiment. This is encoded in the Nuremberg Principles that were agreed to by treaty, by all civilized and democratic nations, at the end of World War II.

— The right to both bodily integrity, and to honor your own spiritual truth. They are the same thing. Nobody has a right to penetrate your body; nobody has a right to force you to accept (or claim to accept) a spiritual principle you do not hold. There are no forced conversions. You have a right to accept your truth, so long as it does not put others in a position where they are harmed.

— Understanding that any sane definition of “freedom” means an intolerance of the abuse of power. Here in the “free world,” we have long agreed that your home is your sanctuary, and that nobody has a right to come in unless you invite them. This includes having a right to your privacy and making decisions that affect you without the intervention of others — particularly corporate authority figures.

As I observe the world on the eve of the Albion New Moon in Taurus, I wonder what has happened.