Don’t worry, I’m not such a fool that I think these people won’t be back attempting their next parasitic seizure of the Net. They would be more likely to go through the back door but now at least we are fairly warned of their intent, in case anyone needed evidence. Also I know what energy is and how subtle it can be; how small influences can correct the course at the fulcrum, where it matters. Today, we knocked a little energy into environment. 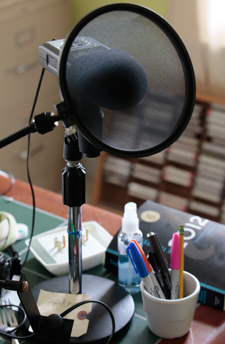 You know it’s funny — the one guy whose name I haven’t heard all day till it perked up in my mind a second ago is:

When was that? That whole episode with Amazon kicking them off the servers and their DNS being taken away, reduced to an IP address and all of that? When was that? It had to be 2010 or something. Remember that whole bit? The first time the government and corporate colluders went after someone’s Internet presence? It wasn’t to protect the dignity of The Little Mermaid.

It was to try to stuff the WikiLeaks genie back into its disk drive. Or stuff the whole Internet back into Al Gore’s mind.

By the way it’s been an exciting week on other fronts. A million people signed on to recall Wisconsin Gov. Scott Walker. Obama rejected the Canada-Texas oil pipeline. The Republican primary race degenerated into even deeper hilarity. There’s something in the air. Something, that is, besides the impulse to legislate the imagination out of existence and charge a licensing fee for every idea uttered, since after all it belongs to someone. Jan. 18 was the day we consciously stood up to the people who are trying to colonize our minds.

It was a day where many people took a step in their understanding of what the Internet is, and what it gives us. I’ve been on the Net almost continuously since 1996 and I’m astounded at what I’ve learned in just one short day, and grateful that so many of my fellow Netizens have united around the cause of being able to speak freely to one another.

It’s funny how the statement was made by websites vacating their presence — a counterpoint to ‘occupy’. We left the house dark to insinuate the feeling of nonexistence. And — it worked. All day long, sponsors of the bill backed off and bailed out, some making lame excuses. Note the record: we spoke and they retreated at the approximate speed of refresh screen.

So — the astrology. Aaah yes, that. How does this look, translated into planets and signs? The long arc of justice is written across the night sky as Uranus square Pluto. That’s the prevailing spirit of revolt, of push back, of create something better. Uranus in Aries is a lot of individuals awakening and Pluto in Capricorn is a lot of institutions changing. It’s a pretty good mix, actually, and the heat is on. Uranus square Pluto makes its first exact contact (it’s just been warming up on Occupy, Arab Spring and so on) in late June, capping off a positively wild 40 days that will vibrate the planet. One thing historically known about Uranus-Pluto is that it’s about the younger generation speaking up to the older one; a new order moving up to finally revise the world.

This was a drama of the old entertainment media (big budget number movies and records) trying to put the newer media in a choke hold, all while playing into the hands of the Mubaraks who so lavishly populate Congress. Out of the way, boys. The blog has replaced the National Broadcasting Company. YouTube has replaced the Victrola.

Of immediate aspects, my current favorite is Jupiter in Taurus sextile Chiron in Pisces. Venus has just come through the aspect, making an orgasmic conjunction to Chiron recently, and sexting Jupiter. Jupiter for its part is not only 60 degrees from Chiron — it’s conjunct the Chiron discovery degree (which is in early Taurus). So that’s an extra nudge toward the critical awareness threshold so often experienced when Chiron is in the neighborhood.

One last — Neptune is slipping across the last degree of Aquarius, into Pisces, full-sail till 2025. However, before that happens on Feb. 3, there is a special moment of Neptune in the last degree of Aquarius. Whatever other astrology was buzzing around this historic week, Neptune is making its last moves through the sign often associated with the Internet (and with patterns of information of other forms). A lot has happened on the these interwebs since Neptune slipped into Aquarius in 1998.

It’s gone from a kind of appliance you would see every now and then to something that stretches the meaning of the word ubiquitous. From the meek and mild floppy drive has arisen the mighty Cloud. I personally remember looking at the beta test site of Google and…laughing at how ridiculous it was. Especially the name.

And in this last moment of Neptune in Aquarius, we woke up and realized where we are and what we have.