There’s going to be a protest on the ‘Net the 24 hours starting at midnight EST involving a number of major sites going dark for 24 hours. These include English language Wikipedia, Boing Boing, Reddit and others. Here’s an ABC News article on the subject. 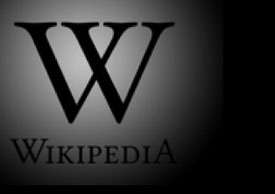 Many other organizations are supporting the action, though not necessarily going dark. (Planet Waves has discussed the issue and decided to go dark from noon to midnight EST on Wednesday.) Here is what Sue Gardner, the executive director of the Wikimedia Foundation had to say about the action:

Today, the Wikipedia community announced its decision to black out the English-language Wikipedia for 24 hours, worldwide, beginning at 05:00 UTC on Wednesday, January 18 (you can read the statement from the Wikimedia Foundation here). The blackout is a protest against proposed legislation in the United States – the Stop Online Piracy Act (SOPA) in the U.S. House of Representatives, and the PROTECT IP Act (PIPA) in the U.S. Senate – that, if passed, would seriously damage the free and open Internet, including Wikipedia.

Here’s the issue as I understand it. The powers that be — in this case, the entertainment industry, its lobbyists who buy time influencing Congress, and the lawmakers themselves (it’s no longer appropriate to call them “representatives”) — are raising an objection to internet piracy. However, measures that would be used to prevent copyright infringement open the door to other forms of censorship in the name of protecting intellectual property — though without actually doing so.

Anyone familiar with the Righthaven saga knows what a nightmare overzealous enforcement or abuse of copyright law can be. In that situation, the owners of the Las Vegas Review Journal founded a second company (called Righthaven, as in a haven for their rights) which had the job of finding the newspaper’s articles and even short quotes that had been published on various blogs — including as reader-posted comments. When Righthaven would find “offending” posts, they would send a demand for $75,000 and the surrender of the person’s or organization’s domain — or threaten to sue for copyright infringement. They did file a couple of hundred suits, shutting down many small web operations. This is called copyright trolling. If it actually prevented infringement, the trolling industry would no longer exist.

It’s done on large scales like Righthaven and the Getty Images demand letter, and sometimes as a cottage industry.

It’s one of those things that (borrowing from Colbert) is 100% legal and 10% ethical — except, of course, when it’s illegal or violates the rules of civil litigation. Righthaven made a lot of mistakes, lied, overreached and found itself fighting an adversary a lot smarter than its own greedy lawyers: the Electronic Frontier Foundation (EFF, co-founded by Grateful Dead lyricist John Perry Barlow). A Vegas-based Sicilian lawyer named Marc Randazza, working with EFF, was able to get dismissals, judicial sanctions and ultimately forced the troll into bankruptcy. (You can survey the ruins of the Righthaven empire in this blog.)

Now, imagine this happening on a larger scale. You use a photo of Mickey Mouse taken while you were on vacation and the government turns off your website. You’re doing a podcast and some Pink Floyd is on in the background, coming from your brother’s room — and you’re kicked off the net. It is possible, and we have to stand up to any law that would allow this kind of abuse of power.

With Wikipedia, it’s a complex issue — because they host so much content. “We depend on a legal infrastructure that makes it possible for us to operate,” one of their editors wrote, during the debate whether to shut the site down for an day. “And we depend on a legal infrastructure that also allows other sites to host user-contributed material, both information and expression. For the most part, Wikimedia projects are organizing and summarizing and collecting the world’s knowledge. We’re putting it in context, and showing people how to make to sense of it. But that knowledge has to be published somewhere for anyone to find and use it. Where it can be censored without due process, it hurts the speaker, the public, and Wikimedia. Where you can only speak if you have sufficient resources to fight legal challenges, or if your views are pre-approved by someone who does, the same narrow set of ideas already popular will continue to be all anyone has meaningful access to.”

The beauty of the Internet is specifically about its prevailing state of anarchy. I know a lot of people have a lot of ideas about the ways in which information is exchanged online. I can tell you that as someone who makes every penny of my income based on my own intellectual property that I post to the Internet, I would much rather have more freedom (and have some of my stuff get used or passed around, which by the way, we encourage) than an environment of paranoia. Ideas increase by being given away. From its first hours, the Internet has existed on a content-sharing basis: we “blog” one another all day and all night. When I get “blogged,” traffic and sales increase. Please — quote me if I say something you think is intelligent enough. (When I link to someone or something, it’s with the well wishes of profit and success.)

Anyone who has ever experienced the least modicum of creativity or the humblest inspiration knows that creative process of any kind cannot exist in an environment of fear, of chilled speech or of constant worry about transgressing. The whole point of art is to transgress. Every artist or writer knows that art is derivative. The very record companies and movie studios who are supporting these laws have made their own fortunes on folk art and found art: on musical instruments someone else invented, on actors who got good because they trained on copyright-free Shakespeare, studying ordinary human behavior, imitating speech, resurrecting old songs and and traditional chord progressions and making them into “new” ones, and so on, and on and on — fortunately for everyone who likes literature, music or art!

As for Hollywood and the music business, here’s all I have to say — steal something original and maybe I’ll buy it.