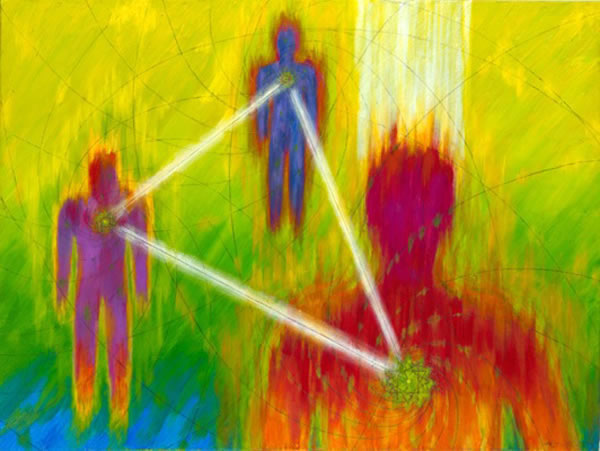 The Long and Short of the Mayan Calendar | By Bruce Scofield
Bruce Scofield breaks down the Mayan long count into understandable language using historical references and correlations to astrology. He takes on the dogmas of New Age predictions, and challenges 'millenialism' as a valid approach to honoring the real changes we need to make.

The Big Question: What's so 2012 About 2012? | By Eric Francis
The year 2012 arrives with a major transition in the Mesoamerican or Mayan calendar -- but a series of key events in Western astrology defines this year for what it is. This article is the written companion to the Top Five Events of 2012.

The Road to Xibalba | By Eric Francis
Many different transits have contributed to this thing we've been calling 2012 -- and the moment itself. This article tracks the history of how we got here, and what we went through along the way. It's a companion article to "What's so 2012 About 2012?"

Considering a Thoughtful Approach to Understanding Astrology | By Dale O'Brien
Dale O'Brien gives structure to understanding astrology through the basic journalistic approach of asking who, what, where, when and why. With these questions, and a more literal look at the planets, a cohesive picture can emerge from a chart.

One Love: Chiron & Neptune in Pisces, Atlantis Re-Lived | By Dale O'Brien
Dale O'Brien's in-depth look at Chiron and Neptune in Pisces goes beyond the basic casting of a chart. He differentiates from the past Saturn-influenced Neptune and makes connections to Atlantis through the prophecies of ancient philosophers, songwriters and Edgar Cayce, compelling us to search for the past within the present.

An Astrological Mandala: In Search of Self | By Judith Gayle
Judith Gayle uses Dane Rudhyar's Sabian Symbols to extract more meaning from the recipe laid out by her natal chart. She explains how to use these symbols to reveal our soul path and also how to balance out the mystical scenes they represent with deeper context.

The Beginning of Joy | By Maya Cointreau
Maya Cointreau reminds us that joy is just on the other side of fear and her easy-to-follow tips will amp up the sparkle in your life.

Two Phrases for 2012 | By Jan Seward
Jan Seward reveals her personal mantras for keeping calm and on-point during this exciting and challenging time.

Echoes of 1848 | By Astrodem
Astrodem expounds upon the parallels between the revolutionary times of the 1840s and today, with compelling details of the historical and astrological similarities. Most importantly, he outlines the lessons learned which can help us navigate through the revolution of today.

The Truth Fairy | By Phil Brachi
Phil Brachi describes his minglings with the extraordinary world of nature and its playful inhabitants. His journey from a Manhattan penthouse to the Welsh countryside is artfully told, with a bonus of cloud-busting secrets and faerie-watching tips.

Hydrofracking | By Barbara Rosen
Barbara Rosen describes the process of fracking and its wide-ranging effects to surrounding water, wildlife and food supplies.

Water at Risk | By Chris Countryman
Chris Countryman and fellow activists participate in several Walk about Water events and eventually make their way to Governor Cuomo's office to educate the public about what fracking is doing to the environment.

2012 - Part One: The Meeting of Time | By Christine DeLorey
Christine DeLorey dives into the numerology waiting for us in 2012. Heading into a '5' year will be bumpy, but filled with opportunity to steer our lives with awareness and curiosity.

2012: A Healing Revolution | By Adrienne Elise
Adrienne Elise uses her experience as a homeopathic doctor to explain the healing crisis we are facing and how we can turn it into a healing opportunity in 2012.

Of Love and the Eternal Triangle | By Sarah Taylor
Through the connection of a life of triangular relationships, Sarah Taylor's awareness of her emotional patterns expands, giving insight on how to make conscious moves in the future.

Shaped by the Wind | By Fe Bongolan
Fe Bongolan recounts how a perfectly timed comment from a friend can bring a life into perspective even though her connection to Oya, the Goddess of wind and change, was there all along.